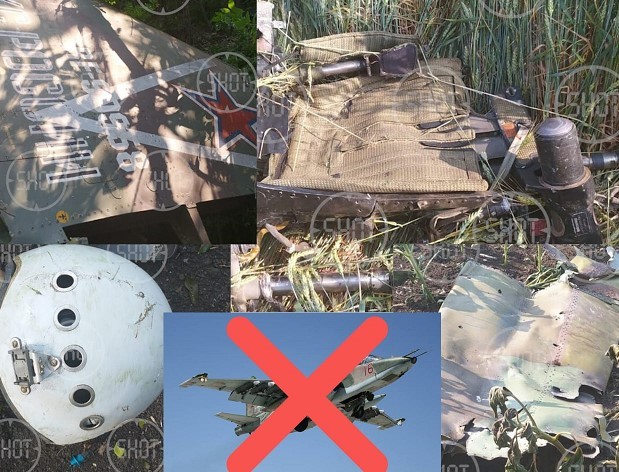 In the Rostov region, on the territory of the Gusev farm in the Chertov district, a Russian Su-25 attack aircraft crashed. The reason is pilot error. The pilot is dead.
It is reported by RosSMI.

“Presumably, the cause of the fall was a piloting error - the plane could have hooked on a power line.. Firefighters are on the scene," the statement said.

The Ministry of Defense of the Russian Federation has not yet commented on this information.

On June 17, in the Belgorod region, under similar circumstances, another Su-25 crashed during an exercise.

Turkey is the main importer of Ukrainian food

Forest fires break out in Algeria

Since August 18, Estonia has closed entry to its territ...

Georgia demands to introduce a visa regime for Russian...

Georgia demands to introduce a visa regime for Russian...

Since August 18, Estonia has closed entry to its territ...

Forest fires break out in Algeria

Turkey is the main importer of Ukrainian food