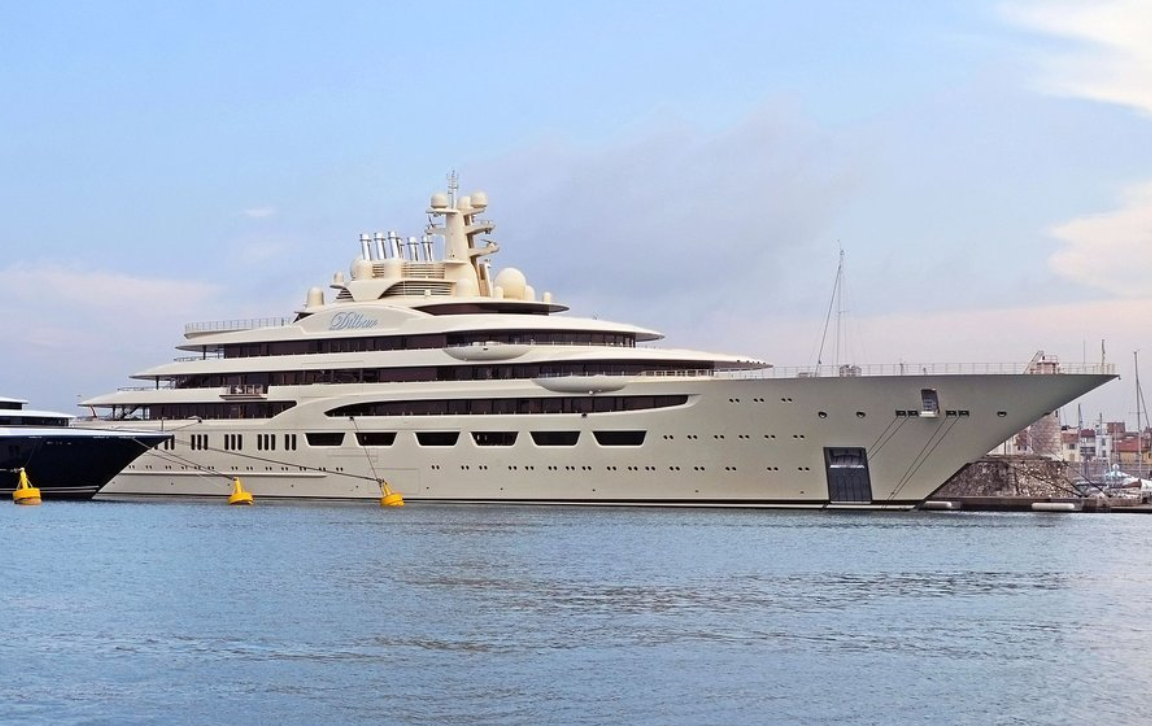 In Germany, from the arrested yacht Dilbar, owned by Russian oligarch Alisher Usmanov, paintings worth 5 million euros were confiscated.
This is stated in a joint investigation of the publications NDR, WDR and Süddeutsche Zeitung.

The yacht was detained in Hamburg as part of the sanctions in March 2022. Investigators during the search confiscated 30 paintings. Among the seized paintings are paintings by famous artists, such as Marc Chagall.

The decision to seize the paintings was made in accordance with the law on the application of sanctions: Usmanov was supposed to inform the German authorities about all his assets in the country, this also applied to the paintings, but he did not.

According to the publication, in the fall of 2021, Dilbar was taken to dry dock at a shipyard in Hamburg for a major overhaul.. At the time of work, works of art and other valuables were stored in the warehouse of the forwarding company.

Investigators found that Dilbar, through a chain of offshore companies, was in "trust management" in a trust owned by Usmanov's sister Gulbahor Ismailova.

Exquisitely decorated golden eggs, often studded with precious stones and pearls, were made between 1885 and 1917 by the court jeweler of the Russian Tsar. It is said that Peter Carl Faberge made 52 of these eggs in St. Petersburg, most of which are now in museums and private collections, but six are thought to be lost.

The oligarch said the eggs were not originals from tsarist times, but copies allegedly bought as gifts for friends in his homeland of Uzbekistan.

Der Spiegel, citing a representative of the German Prosecutor General's Office, also reported on searches in the Usmanov case in the branches of the largest Swiss bank UBS in Frankfurt am Main and Munich. According to some reports, from 2014 to 2022, Usmanov in Germany could evade paying taxes on income and gifts worth 555 million euros. Also, Usmanov could hide significant dividends from his own shares in Russia from the German tax authorities.

Alisher Usmanov denies any connection to the seized paintings, the yacht and the villa. According to a representative of the oligarch, this property belongs to funds that he does not control.