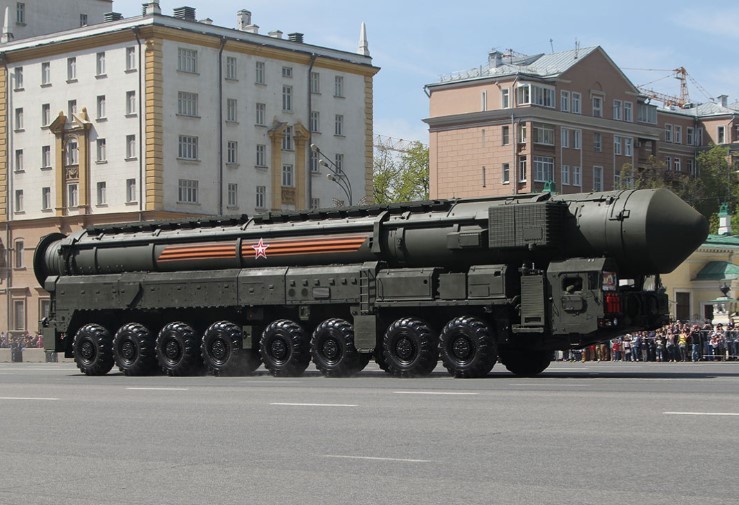 The Russian authorities have notified the United States of their decision to terminate the implementation of a key clause of the agreement with the United States on the limitation of nuclear weapons.
This is stated in the statement of the Russian Foreign Ministry, which was published on August 8 on the agency's website.
From August 8, Moscow suspends the access of American inspectors to facilities subject to control under the Strategic Offensive Arms Treaty (START), the Russian Foreign Ministry announced on Monday.

This exemption applies to both facilities directly within the perimeter of the treaty and those where “the screenings provided for by the treaty may be held,” the agency said, adding that such actions are “provided for by paragraph 5 of Section I of Chapter Five of the Protocol to the START Treaty.”

“They can be taken in exceptional cases,” and Russia “is forced to resort to this measure now,” the Foreign Ministry explains.. The reason, according to the agency, is “Washington’s persistent desire to implicitly achieve a restart of inspection activities on conditions that do not take into account existing realities, create unilateral advantages for the United States and effectively deprive the Russian Federation of the right to carry out inspections on American territory.”

In particular, due to sanctions between Russia and the United States, normal air traffic was interrupted, the states allies of Washington close their airspace to aircraft of Russian inspection groups and do not issue them visas, the Foreign Ministry explains.

The Ministry of Foreign Affairs emphasizes that the refusal to admit American inspectors is a “temporary” measure, and Russia remains committed to complying with all the provisions of the treaty.

START-3, signed in 2010 by Dmitry Medvedev and Barack Obama, and then extended by Vladimir Putin and Joe Biden in February 2021, is the last active Russian-American treaty on limiting mutual nuclear potentials. It prohibits Russia and the US from having more than 1,550 nuclear weapons.

On the eve of US Under Secretary of Defense for Political Affairs Colin Kohl announced his desire to extend the contract, which expires in 2026.. “You can consider both expanding the treaty and creating other arms control mechanisms,” he suggested, adding that START-3 in its current form does not cover new types of Russian weapons, as well as “thousands of non-strategic nuclear weapons in the Russian arsenal.”