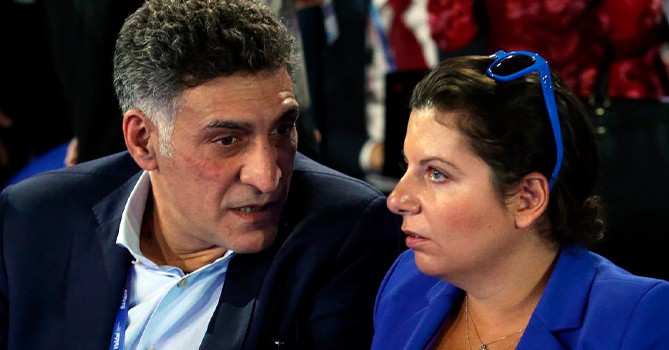 The propagandist of the Russian Federation Tigran Keosayan is included in Kazakhstan in the same list with terrorists and "other elements undesirable in Kazakhstan", "red flags" were put up on him at the border.
This was reported by KazTAG with reference to an informed source.

“In fact, this is a rather extensive list, mostly terrorists and other persons from a similar category are there, and Keosayan is now also with them.. And they will not officially say that he is on this list, this is not provided for by the norms - the authorities will not call every terrorist who is included in this list by name, ”the source of the publication said.

The propagandist got on the list for a reason: at the end of April, Keosayan, commenting in one of his videos on the news about the cancellation of the May 9 parade in Kazakhstan, said that “our responsible persons need to reevaluate and revise the level of relations.”
“Because, my dear [Kazakhs], if you continue to think that you can be so cunning and you won’t get anything for it, you are mistaken,” said Margarita Simonyan’s husband.
Immediately after that, the Ministry of Foreign Affairs of Kazakhstan announced the possibility of including Keosayan in the list of persons undesirable for entry into Kazakhstan. According to a KazTAG source, "Keosayan was included in it almost immediately after it was reported in the media that he would be included in the 'undesirable' list."
The May 9 parade in Kazakhstan was really canceled due to financial circumstances. The parade has not been held in the country for three years - in 2020 and 2021 it was canceled due to the coronavirus.