The work of state propaganda: the Russians suddenly believed in a wonderful future 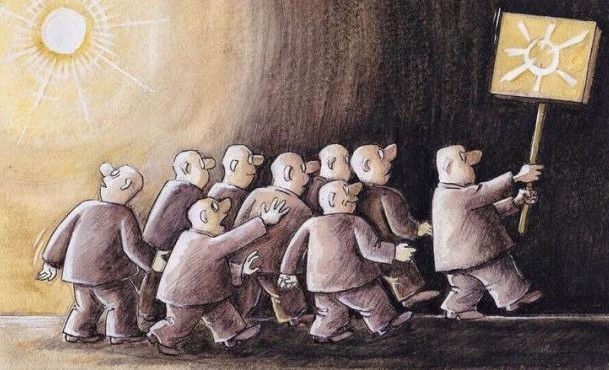 The overwhelming degree of state propaganda, the war with Ukraine and Western sanctions have brought the population of Russia into a state of cognitive dissonance.
Faced with 20-year-high inflation, a new wave of falling real incomes, and the disappearance of imported goods, Russians have suddenly come to believe that the economy is now on the right track.
This is evidenced by the results of a survey conducted monthly by "infom" for the Bank of Russia.

Estimates of the current state of the economy predictably collapsed: one in four believes that inflation in the country is twice the official rate and exceeds 30%; 71% complain that prices have risen “more than before”. The overall consumer sentiment index fell to a 6-year low (63 points in April) and only slightly recovered in the fourth month of the war (70 points in June).

However, the index of expectations regarding the future jumped as soon as blood was shed in Ukraine, and has only been growing since then.. Its current values - 107.7 points - are close to the record for the entire time of observation.. The country's prospects were rated higher only in the patriotic frenzy of the annexation of Crimea (115 points) and during the 2018 presidential election.

People are waiting for a "breakthrough" in the industry and an abundance of high-paying jobs, follows from the survey. Thus, the indices of expectations for production and the situation with unemployment jumped to historical highs (140 and 81 points, respectively), and for own income - to a peak in 4 years (90 points).

The gulf between the gloomy present and the rosy future in the minds of the citizens of the Russian Federation has reached a record size for the entire time of observation - almost 40 points. Moreover, people are not ready to endure for decades: they are waiting for sharp expectations for the better next year. 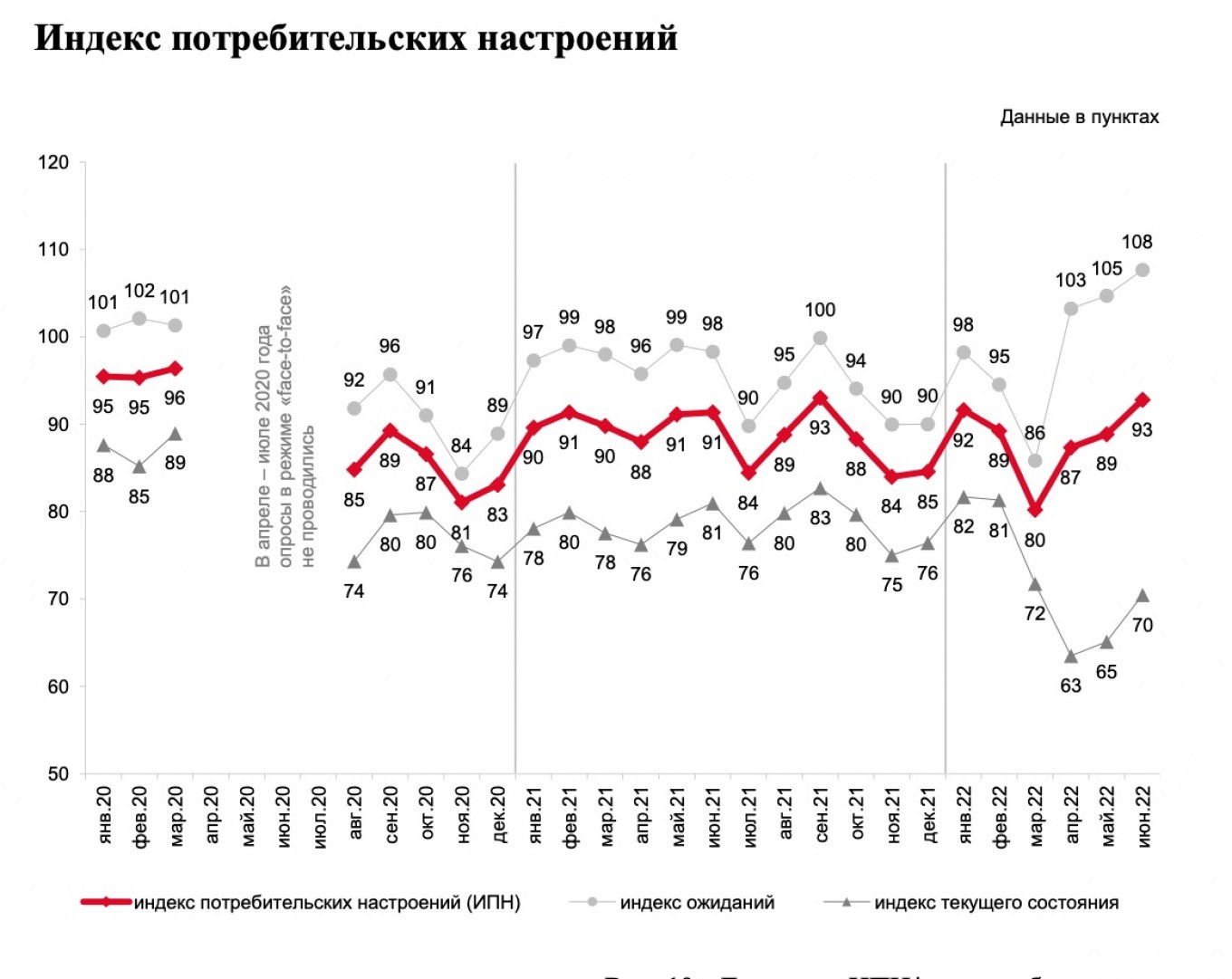 The current economic difficulties, coinciding with the growth of political support for the authorities, can return public assessments to the situation of 2016-2017, says Stepan Goncharov, head of the Department of Applied Sociological Research at the Levada Center.

“At that time, for a large number of Russians, the problems were clearly visible, but they seemed temporary,” he recalls.

But like four years ago, such a scenario was not destined to come true.. Even the chronically optimistic Ministry of Economic Development predicts two years of economic decline (by 8.5% in total) and a slow recovery that will stretch for years. The IMF expects a fall of 8.5% this year and 2.3% next, and the Institute of International Finance a 15% drop in two years, predicting a crash that will wipe out 15 years of economic growth overnight.

People still have not realized the magnitude of the shock, many continue to believe that foreign brands will return to the country. But the effect of sanctions will become more pronounced as they affect more sectors of the economy, Scott Johnson, an economist at Bloomberg Economics, warns.