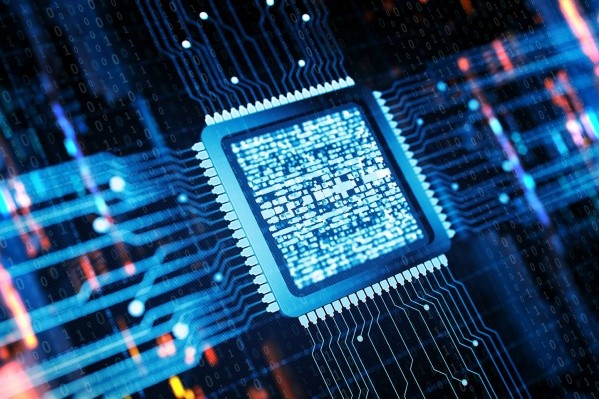 Yesterday, the Taiwan Ministry of Economics (MOEA) published a list of strategic high-tech goods that are banned from export to Russia and Belarus.
We are talking about chips with a clock frequency of more than 25 MHz, as well as equipment for their manufacture.
Taiwan's demands are based on the 1996 Wassenaar Accords to restrict the export of dual-use goods, and effectively mean a complete ban on the export of all modern. He explained that in 1996, the countries that signed the agreements (including Russia) wanted to limit the use of chips for military purposes, even if they were not intended for this.

According to the expert, now chips with a frequency of less than 25 MHz are rarely used, since even children's toys are “already faster”. It turned out that over time, the restrictions became radically tougher, so stopping the export of chips with such frequency is a technological disaster.

The expert added that now, due to a problem with chips in Russia, the program of new smart electricity meters, which began to be produced in millions of copies, has almost completely stopped.. Also, new cars were allowed not to install GLONASS systems, because there are no more chips for it. According to him, all Russian telecommunications equipment also has foreign chips.

“Taiwan as a physical manufacturer is a huge loss, but in fact, since the beginning of March, almost all foreign factories have become inaccessible to the Russian manufacturer. Imports mainly come from China, the only question is whether it will be possible to export chips made in Taiwan through third parties to Russia. Now there is a design “dual-use goods - end user”: that is, the one who places an order at the factory signs a paper stating that he undertakes not to supply final products to countries where it is impossible. I myself filled out such a paper, there were lists of countries where it was impossible to deliver: Russia, North Korea, Venezuela. There was also Huawei, because they are separately under US sanctions,” the engineer said.

Answering the question of whether Russia can replace Taiwanese chips, the expert mentioned Chinese factories, but they depend on the United States.

“China has quite good processors, they produce them in some quantity. China has microcircuits, they can and will need to be supplied, the only question is that today Chinese factories depend to one degree or another on American technologies, and China, which has been conducting a total import substitution program for more than 10 years in order to get rid of American technologies, all haven't been able to do it yet. Huawei over the past couple of years has lost a lot of the mobile phone market, especially the top ones, because the States have disconnected them from Taiwanese factories. (In 2020, the US banned Huawei from outsourcing chip development to Taiwan's TSMC chip factory). They no longer have access to high technology, and they have sunk very badly. What they are now trying to do themselves is technical processes (transistor size) at 45nM, while Taiwanese TSMC is mastering 4nM. The difference in chip area and power consumption is almost 10 times different,” the expert says.

At the same time, China, according to the interlocutor, also has 14-nanometer technical processes, but they are also dependent on American technologies.

“If the States tell Chinese factories: “If you cooperate with Russia, then we will disconnect you from our technologies,” then Chinese factories will stop. The Russian market for these technologies is two orders of magnitude smaller than the American market and cooperation with Western countries,” the engineer said.

The engineer also commented on the information that the MCST company, which is the developer of the Russian Elbrus processors, is moving production from Taiwan to the Russian Mikron factory. According to him, this news means that they could not reach an agreement with China after three months of attempts: “Usually, the Chinese do not say directly that they will not help, but simply remain silent or feed them with promises. In principle, microelectronics is now a catastrophe.”
In Taiwan, the new Elbrus was developed on the 7nM process technology, in mainland China, production is available at 14nM, and in Russia - 90nM, which is the level of 2002-2003, the expert confirmed, adding that he would have to roll back to this level.. The expert emphasized that the Mikron plant is the only one adapted for serial production of microcircuits, and nothing better than 90 nm can be produced on it. At the same time, before the war, there were expectations that the plant would be able to buy equipment for the production of 28 nM, but after the invasion of Ukraine, they "very stalled."