She supported the war and insulted Ukrainian refugees: a Russian woman was deported from Germany 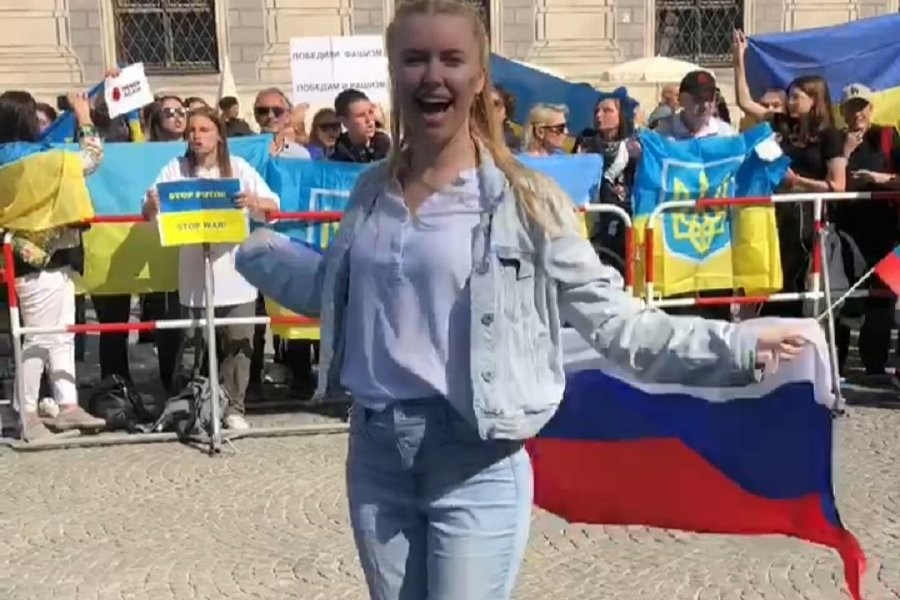 Russian citizen Yulia Prokhorova, who recorded her provocations against Ukrainian refugees on video, was deported from Germany on November 20.

This is written by The Insider, as well as MP and Deputy Chairman of the Parliamentary Committee on National Security, Defense and Intelligence Yuri Mysyagin.

Prokhorova regularly recorded and published videos with her provocations. In particular, she persecuted Ukrainian women with the words: "Girls! Glory to Russia! Russia will win, Russia will win! Whose Kherson? Yes, Ukraine! They are already holding a referendum!" and loudly turned on Russian music and danced Kalinka on May 9 in Munich during a pro-Ukrainian rally.

The propagandist also advised Russians living in the EU to spend electricity so that Europe would pay more money to Russia.. She called the video "How to support the Russian army and not go to prison in Europe."

In addition, the Russian woman released a video in which she uses official letters from the police instead of toilet paper in the toilet.. Subsequently, Prokhorova complained on social networks that the Booking service blocked her account and canceled the reservation for housing in Vienna.

The new video shows how two police officers stand near Prokhorova, and then the propagandist with suitcases follows
law enforcement officers.
On October 14, the German media wrote that the police had searched her rented apartment. It turned out that Prokhorova was in Germany illegally. After the searches, the Russian woman stopped communicating. The media also write that she was in custody.