Almost 1,000 companies a day: the pace of business extinction in Russia is gaining momentum 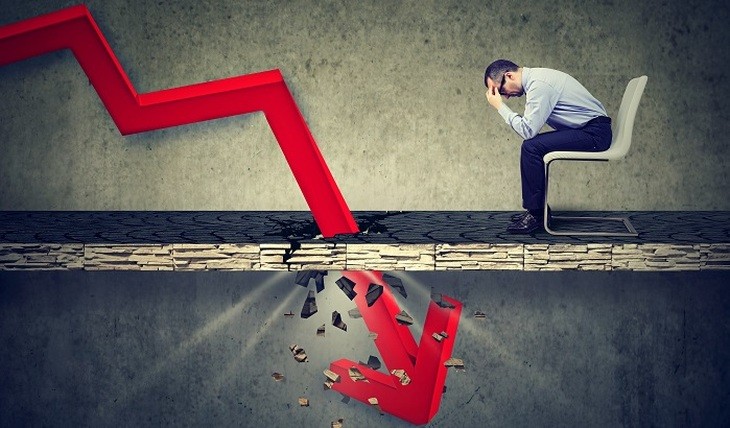 The pace of business extinction in Russia, due to sanctions, the war in Ukraine and the fall in solvency, has come close to the record set during the pandemic.
113.5 thousand commercial enterprises closed in the country from March to June, when the most severe Western sanctions were imposed on the economy, which is close to the indicators of the pandemic period - 137.9 thousand companies in 4 months, analysts of the FinExpertiza audit and consulting network calculated based on data FTS.

On average, 930 companies cease to exist per day

The number of liquidated companies in the country as a whole turned out to be one third more than the newly created ones (79.4 thousand), and in some regions this difference became a multiple. In the Vladimir region, 1.1 thousand enterprises closed, and only 302 opened; in Bashkortostan, 3.4 thousand companies ceased their activities, and 1.35 thousand entered the market.

Only in 13 regions did businesses open more often than they closed.. And in most cases, this is due to the statistical effect of a low base, notes FinExpertiza. Two thirds of the companies (78 thousand) were closed by the decision of the tax authorities, 14.5% (16.5 thousand) were liquidated by the owners. 2.5 thousand went bankrupt.

“Economic sanctions and a drop in demand will certainly affect business demographics in 2022,” said Elena Trubnikova, President of FinExpertiza.

Moreover, this process has not really begun yet: now the bulk of the closures of enterprises are associated with the cleaning of the register, which is carried out by the tax authorities, Trubnikova points out.. The process of liquidating a business is extended over time and does not happen all at once, she emphasizes. But the first signs of a wave of entrepreneurial “mortality” are already present: it is becoming increasingly difficult for companies to pay taxes, and they are increasing their budget arrears at a double-digit rate.

At the end of April, according to Rosstat, the debts of enterprises in tax payments reached 71.3 billion rubles, exceeding the level before the start of the war by 66%. Tax arrears of oil and gas companies increased by almost 5 times - from 4.3 to 20.1 billion rubles. The debts of oil refiners have tripled (1 billion rubles against 0.3 billion), drug manufacturers have doubled, from 0.3 to 0.7 billion rubles; farmers - by 20% (1.2 billion rubles).

The total business debt to the state, including payments to the Pension Fund, Compulsory Medical Insurance Fund and the Social Insurance Fund, reached 101.9 billion rubles (+26% compared to February).