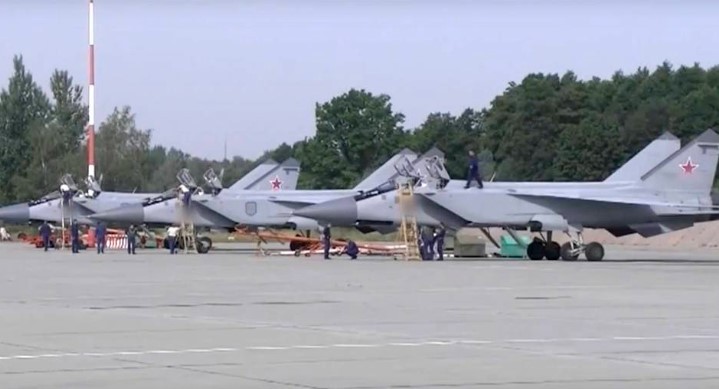 The Spaniards will coordinate the project, and the German company will carry out the overall technical management. The companies already have joint experience of working on the German IRIS-T air defense.

“The goal is to create a European interceptor against threats for the period of 2035 and beyond,” the publication writes, citing EU documents.

The implementation of the program is designed for 1.5 years. The newly developed interceptor is planned to be integrated into air defense systems, having the ability to counter airborne weapons such as hypersonic weapons and ballistic missiles.

The European Commission announced in July plans to allocate some 1.2 billion euros to 61 defense research and development projects.

On March 19, 2022, the Ministry of Defense of the Russian Federation for the first time announced the use of hypersonic weapons during the war in Ukraine. Then, according to the Russian military, the Kinzhal aviation missile system with hypersonic aeroballistic missiles destroyed an underground ammunition depot in the Ivano-Frankivsk region.

Already in August 2022, three Russian MiG-31 fighters were transferred to the Chkalovsk airbase in the Kaliningrad region. The Ministry of Defense said that the aircraft equipped with the Kinzhal hypersonic missiles appeared in the region as part of "additional strategic measures."

At the same time, more than half of Russian "high-precision" cruise missiles in Ukraine do not work, US intelligence data indicated. In addition, now the Russian army may experience difficulties in the production of "Daggers" and another 800 pieces of equipment that have parts of foreign production.