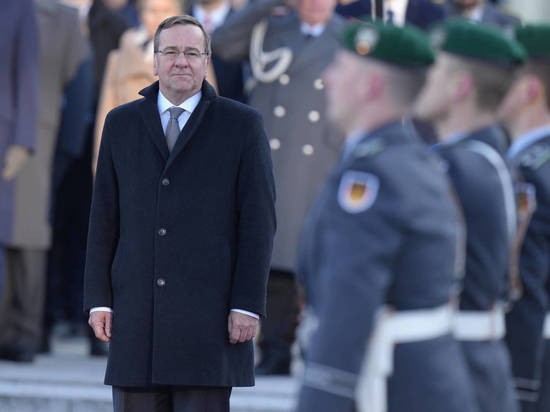 Boris Pistorius received a certificate of appointment as German Minister of Defense and took the oath. Then it will be presented to the soldiers and leadership in the German Ministry of Defense.

This is reported by the media on Thursday, January 19.
It is indicated that the Federal President of Germany Frank-Walter Steinmeier handed the certificate of appointment to Pistorius at Bellevue Palace.

"We must respond to threats that are also directed against us.. In this environment of new threats and geopolitical changes, it is now essential to make the Bundeswehr capable of deterrence and ready for defense," the German president said.

He noted that February 24, 2022 plunged Ukraine, as well as Germany, into a time that everyone considered behind - a time of war and violence, a time of danger.. This milestone changed Europe, it changed German policy, and it also changed the tasks of the federal Ministry of Defense.
Steinmeier urged Pistorius not to waste time, since Germany, as a strong country in the center of Europe, is responsible not only for itself, but also for others.

Steinmeier said that Pistorius is serving as defense minister at a time of threat and danger that Germany has not known for a long time, a "headwind era" for Germany.