Shoigu's unannounced visit to Belarus. What are they agreeing on? 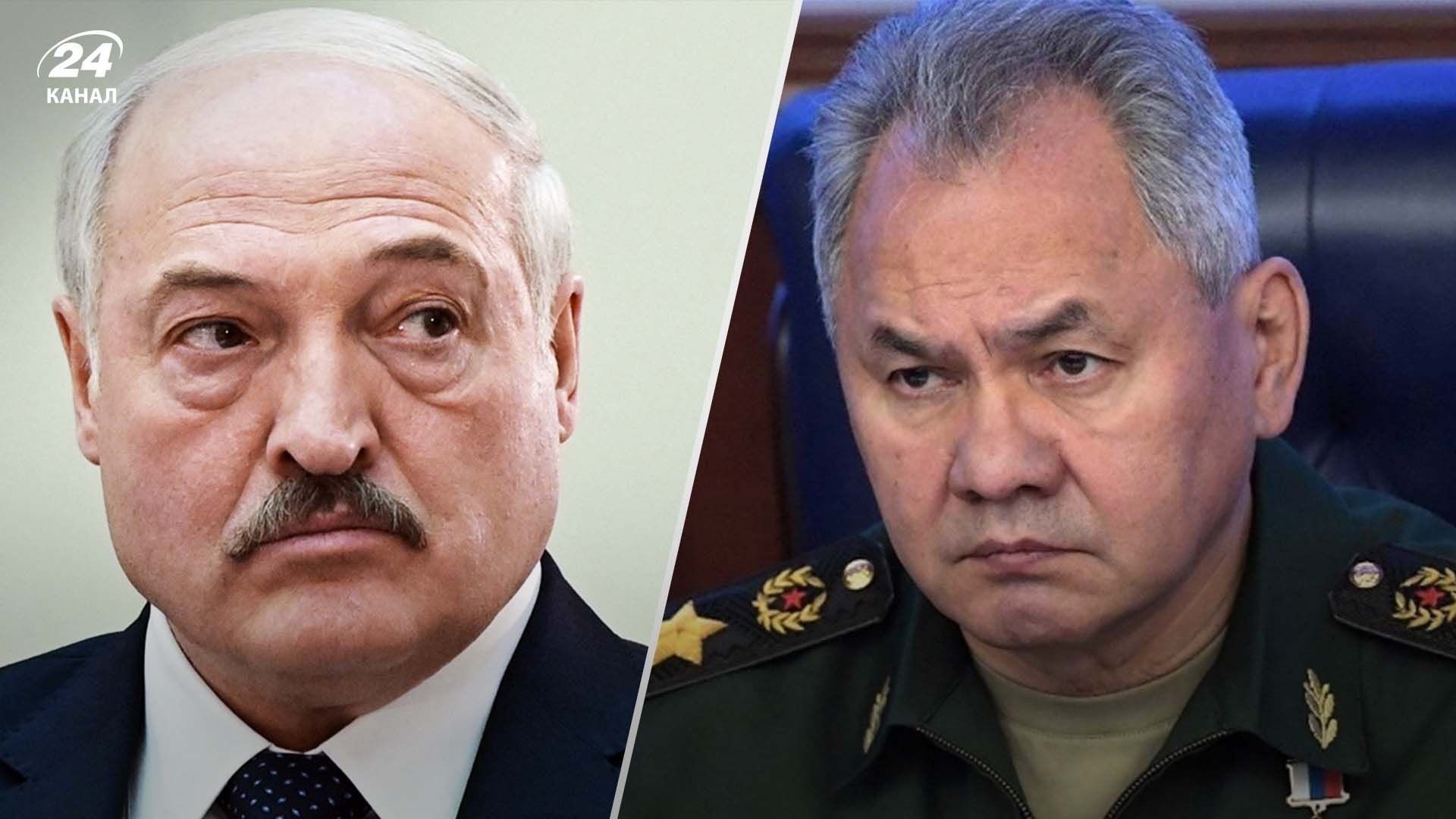 Shoigu and Lukashenka discussed "combat training and coordination, protection of territorial integrity and unwillingness to negotiate."

The formal head of the Republic of Belarus said that neither Moscow nor Minsk supposedly "wanted and do not want a war". According to him, Belarus and Russia are "like a single group, a single army today."

"I'm not going to scare anyone here. You are even more so. Everyone is already scared, scared. But if they want us to live peacefully in our region, regardless of how they look at it from across the ocean, both Russia and Belarus are ready for this. If they want to fight to the last, either a Ukrainian, or a Pole or even mercenaries, well, that's their business, that's their right. So far, for example, I and our special services do not see that they are ready for full-fledged negotiations and humanly negotiate,” Lukashenka said.

He also accused Ukraine and the West of "desire to continue the war" and said that "then the special operation will not stop."

Note that Shoigu's visit to Belarus on Saturday was not announced in advance. 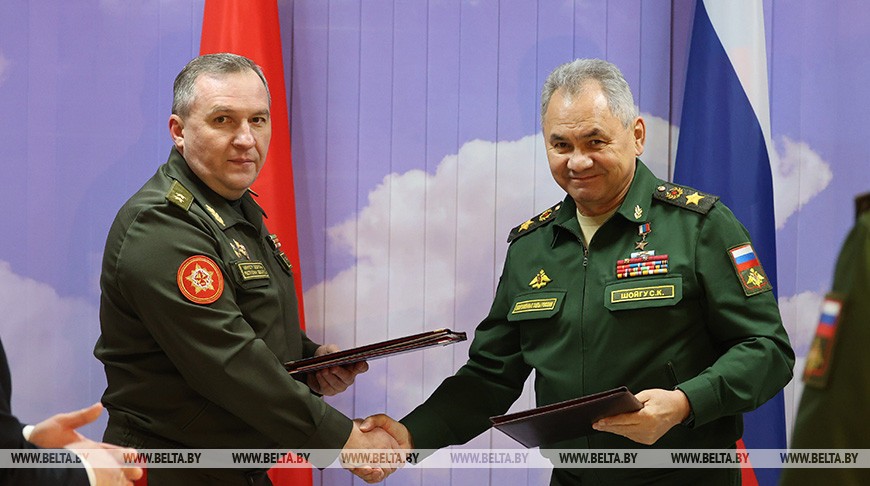 The signing of the documents took place not in the building of the Ministry of Defense or another department, but right at the airfield in Machulishchi. After signing the documents, Lukashenka also went to Minsk to meet with Shoigu. 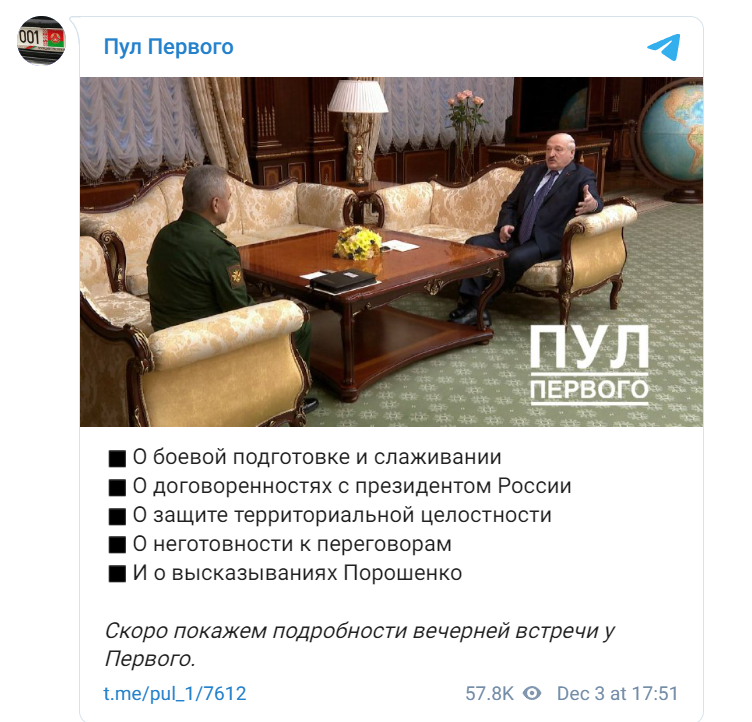 As we have already reported, Lukashenka and Russian President Vladimir Putin agreed on a new meeting in December during a telephone conversation.