Called the war a war: the Russian deputy received a real term in the case of "fakes" 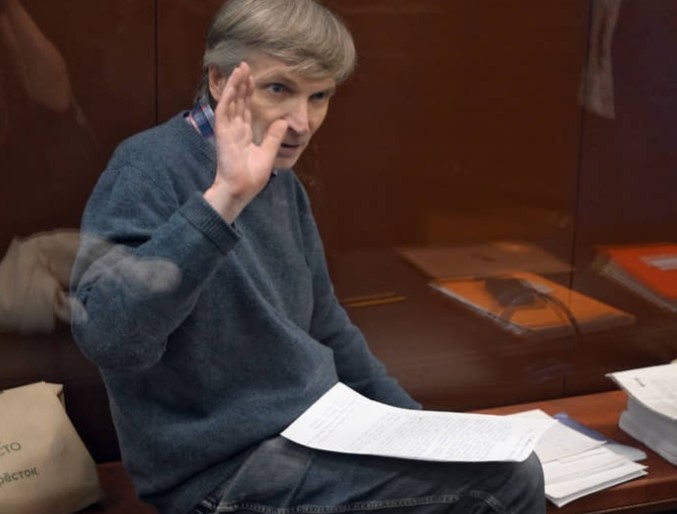 The municipal deputy of the Krasnoselsky district of the Russian Federation Alexei Gorinov received 7 years in prison for publicly speaking out against the war in Ukraine.
This is the first time when a citizen of Russia receives a real term in the case of "fakes".
The verdict was delivered by the Meshchansky District Court, it was announced by Judge Olesya Mendeleeva. Gorinov was found guilty of spreading "fakes" about the Russian army using his official position "motivated by political hatred."

During the announcement of the verdict, the deputy held a banner reading "Do you still need this war?". One of the bailiffs tried
shield it from photographers. 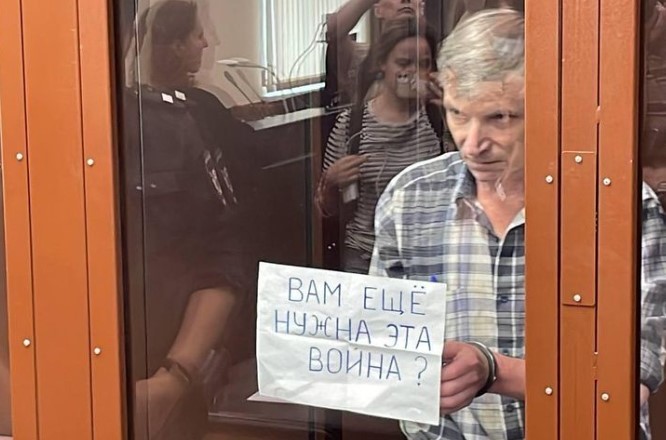 The case against Gorinov was initiated after, at a meeting of the Council of Deputies on March 15, he called the war a war, and not a “special military operation,” and said that the Russian leadership was responsible for the deaths of Ukrainian children.
A man argued with another deputy about holding a competition of children's drawings. Gorinov considered that during the war such a competition would look like a "feast during the plague." He was supported by Mundep Elena Kotenochkina - she also became a defendant in a criminal case, but managed to leave Russia. She was arrested in absentia.

According to the prosecutor's office, Gorinov and Kotenochkin "entered into a criminal conspiracy", deciding to "discredit" the Russian troops at a meeting of the council of deputies, although they understood that they "would cause citizens to feel anxiety, fear, anxiety and insecurity on the part of the state."

A colleague of municipal deputies, oppositionist Ilya Yashin said earlier that he had been interrogated in this case as a witness. According to him, the case was initiated on the statements of State Duma deputies Alexander Khinshtein and Oleg Leonov.

The investigation took only five days: from April 26 to May 1. At the same time, Gorinov was in a pre-trial detention center for almost three months.. He said that he had tuberculosis and complained about the lack of proper medical care.

The trial in Gorinov's case was partially closed, as representatives of the prosecutor's office considered that spectators and journalists who came to the courtroom could exert "psychological pressure" on witnesses for the prosecution.

During the last speech, Gorinov again spoke out against the war.

“I am convinced of this, war is the fastest means of dehumanization. When the line between good and evil is blurred. It’s always death, I don’t accept it and reject it,” he said.

Aleksey Gorinov is not the only MP who openly spoke out against the war in Ukraine. In May , a deputy of the Legislative Assembly of Primorye, Leonid Vasyukevich, said that a group of deputies of the Communist Party of the Russian Federation had drawn up an appeal to Russian President Vladimir Putin demanding to stop the "military operation" in Ukraine and withdraw troops. According to him, the appeal was signed by four deputies: Natalya Kochugova, Alexander Sustov, Gennady Shulga and Vasyukevich himself.