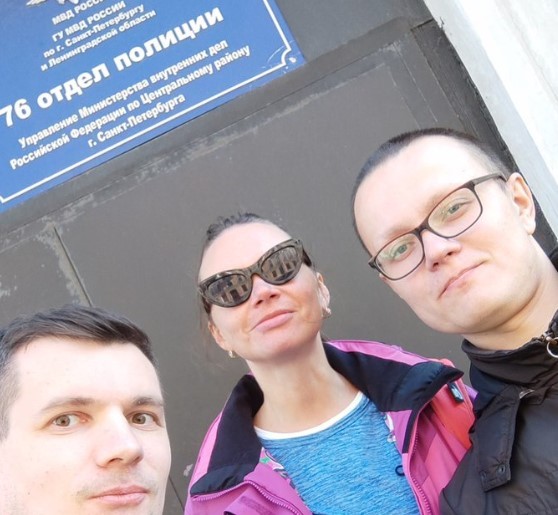 In St. Petersburg, seven deputies were summoned to the police, who proposed to the State Duma that Putin be removed from office "in connection with treason."
This was tweeted by one of the deputies Dmitry Palyuga.

"Me and four deputies of Smolninsky were drawn up protocols for discrediting the authorities (Code of Administrative Offenses of the Russian Federation 20.3.3). Two were released without a protocol. So far, everyone faces a fine, but the court has yet to decide," Dmitry Palyuga said.

The report of the Department of the Ministry of Internal Affairs for the Central District of St. Petersburg says that on September 7, municipal deputies committed "actions aimed at discrediting the current government."

On that day, the deputies of Smolninsky reported that they had applied to the State Duma with a proposal to remove President Vladimir Putin from office "in connection with high treason."

Their appeal, in part, said that Putin's decision to attack Ukraine "harms the security of Russia and its citizens," as the Russian army loses its combat-ready units, and citizens become disabled.

The deputies also drew attention to the fact that the withdrawal of foreign companies from the market and the emigration of the educated population cannot "pass without a trace for the economic well-being of Russian citizens."
An administrative article about "discrediting the Russian army" appeared shortly after Russia's full-scale invasion of Ukraine. Russian courts recognize as discrediting reports of a war in Ukraine, which in Russia should be called a "special military operation."

According to the Russian human rights project OVD-Info, more than 3,800 Russians have become defendants in cases under this article. They face a fine of up to 50 thousand rubles. Criminal liability is provided for repeated "discrediting" of the armed forces of the Russian Federation.