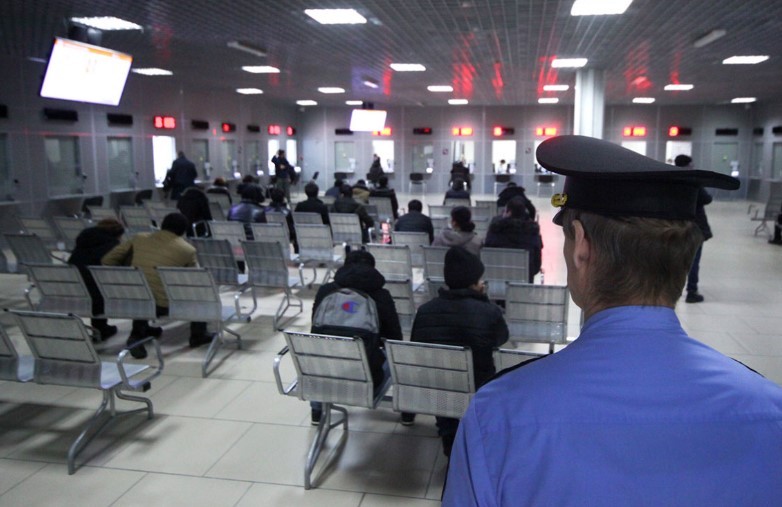 Russia is preparing a legislative initiative, according to which migrants with Russian passports will be deprived of citizenship for refusing to serve in the Russian army.
The development of such an initiative was announced by a member of the Human Rights Council (HRC) Kirill Kabanov.
Moreover, they propose to deprive citizenship not only of men who refused to serve, but also of their family members.. The innovation, according to Kabanov, will affect natives of Kazakhstan, Uzbekistan, Kyrgyzstan and Tajikistan who have held a Russian passport for less than 10 years.

“Such an initiative would be an adequate response to the official ban on the part of the authorities of the above countries on the participation of their citizens in the “special operation” on a voluntary basis, for which they face criminal punishment in their homeland,” the HRC member believes.

On September 20, the State Duma adopted a law providing for the simplified issuance of Russian citizenship to foreigners who have entered into a contract for service in the Armed Forces of the Russian Federation. Previously, for this, foreigners had to serve at least three years - now one year will be enough. The law also reduces from five years to one year the period for which the first contract is concluded with a foreigner entering the service in the ranks of a soldier, sailor, sergeant and foreman.. On the same day , Moscow Mayor Sergei Sobyanin announced the opening of a recruitment center for foreigners for the war on the territory of the Sakharovo migration center.

At the same time, Kazakhstan, Uzbekistan and Kyrgyzstan officially opposed the participation of their citizens in the war against Ukraine.. The Embassy of Kyrgyzstan in Russia, in particular, reminded its citizens that for participation in hostilities on the territory of foreign states they will face criminal liability with a punishment of up to 10 years in prison. Diplomats asked their compatriots who receive calls to participate in the war to immediately contact the embassy. A similar position was taken by the authorities of Uzbekistan and Kazakhstan.