“Who is the cutest in the world”: sociologists were banned from publishing polls that Putin might not like 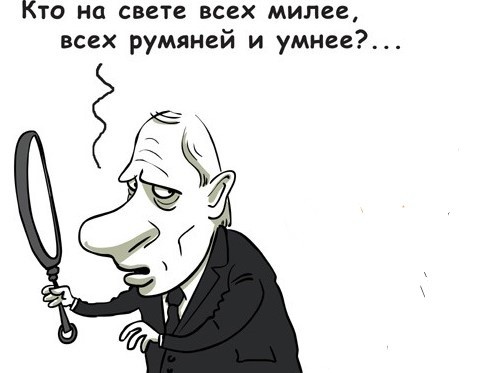 Russia has established control over sociologists and banned them from publishing research results that Putin might not like.
This follows from the investigation of the publication "Project".

At least a third of the research results are banned, says Dmitry Rudenkin, a former sociologist at the All-Russian Public Opinion Research Center (VTsIOM). An ex-employee of the Public Opinion Foundation (FOM) calls the figure 50-70%.

The journalists found out that polls objectionable to Putin began to be banned in 2010, when Dmitry Medvedev was sitting in the presidential chair. Then the ratings of politicians suddenly equalized. Medvedev also almost caught up with Putin in terms of the number of voters ready to vote for him.

The difference was insignificant: 21% and 24%, respectively. Such figures were given by the Levada Center. And pro-government sociologists hid them. FOM then received similar results, but the Kremlin forbade them to be published. VTsIOM did not ask such a question at all - either Putin or Medvedev were present in the list of answer options. This was done "so as not to push foreheads together," explains former VTsIOM employee Igor Eidman.

Putin is even jealous of the rating of governors.

“Some regions were presented with: ‘Why is your governor’s rating growing, but not Putin’s?’,” recalls a political strategist who worked on regional campaigns.

Since 2018, for the sake of the president’s peace of mind, VTsIOM has generally stopped comparing him with other politicians and asking questions about voting in the next elections.
Putin closely monitors his rating from the very beginning of his reign. The fact is that after Yeltsin's resignation, he enjoyed great support among the population: in January 2000, 84% of Russians approved of his activities. Putin quickly got used to huge numbers and began to perceive any fluctuations in ratings as something abnormal and a defect of his employees.

“He wanted to bathe in people's love,” says a member of the presidential administration in the early 2000s. - Sociology was a mirror that says: "You are the sweetest in the world". True, from time to time people's love fell, and then the Kremlin intervened in the situation.

In 2018, when Putin’s “Crimean” approval rating plummeted by 20% due to a decision to raise the retirement age, the Kremlin ordered that old data on confidence in the head of state be suppressed. Now only the latest figures are visible on the websites of VTsIOM and FOM without any hesitation.

At the same time, both services began to receive peculiar formulations of questions from the presidential administration: they contained a clue to the answer the Kremlin needed.

That is, this is not a question about the Donbass problem, but about the approval of the president, explains Alexei Titkov, associate professor at the Moscow Higher School of Social and Economic Sciences. The Kremlin again got the desired result - 73% supported Putin's decision.

The fall in Putin's rating also affected the answer options - now sociologists practically do not ask open-ended questions, that is, those where people themselves can name their versions.

But the manipulation does not end there. With the help of sociologists, the authorities are building an alternative reality in the country. Pro-Kremlin media often make news based on VTsIOM and FOM polls, which are as far from the current agenda as possible. For example, at the end of June of this year, in the midst of another Russian offensive in Ukraine, the media began to disseminate material that the attendance of museums and exhibitions in Russia had increased 1.5 times over the past 30 years.

Sometimes in the news there is frank juggling with numbers.. In 2021, the state agency RIA Novosti reported that "half of Russians experienced positive emotions while watching a direct line with Putin." The method of conducting this study was not mentioned there. Although the VTsIOM website, according to which the news was written, says that it was a survey of a focus group of 123 people. Thus, 66 people turned into half of the Russians.

The publication of studies about the politician Alexei Navalny is also banned. At the same time, the authorities monitor the attitude towards him. VTsIOM asks about this in almost every telephone survey, but no one knows the results.

The Project learned that in 2021 FOM studied the values and political sympathies of Russians aged 17-35 in a focus group format. The youth considered the resetting of Putin's presidential terms and the arrest of Navalny as the worst events in recent years. In addition, it turned out that practically no one would vote for Putin now. The results of this study have never been published.