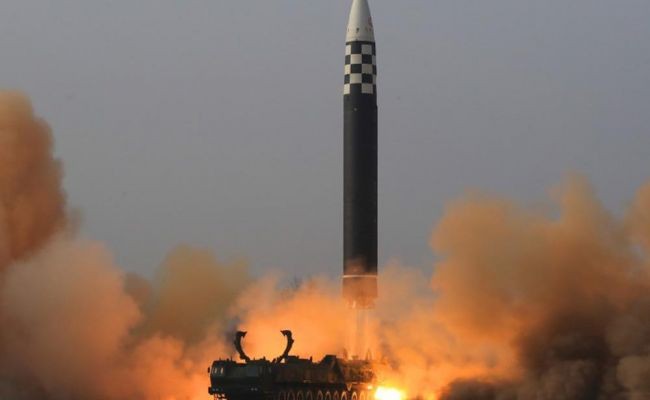 It is noted that on the eve of Pyongyang launched a short-range ballistic missile into the waters off the east coast of the Korean Peninsula and sternly warned the United States "of tougher military opposition" to its close defense ties with South Korea and Japan.

According to the Joint Chiefs of Staff of South Korea, the missile was launched at approximately 10.15 local time (3.15 Kyiv time) from Sunan near Pyongyang and flew about 1,000 kilometers to the east.

It reached an altitude of about 6100 kilometers at a speed of Mach 22, which is 22 times the speed of sound.. The details are being analyzed by South Korean and US intelligence agencies.

Japanese Prime Minister Fumio Kishida, citing data from the country's coast guard, said that a North Korean missile fell in the exclusive economic zone of Japan, about 210 kilometers west of the Japanese island of Oshima-Oshima..

He condemned the provocative actions of the DPRK, which are being committed with "unprecedented frequency."