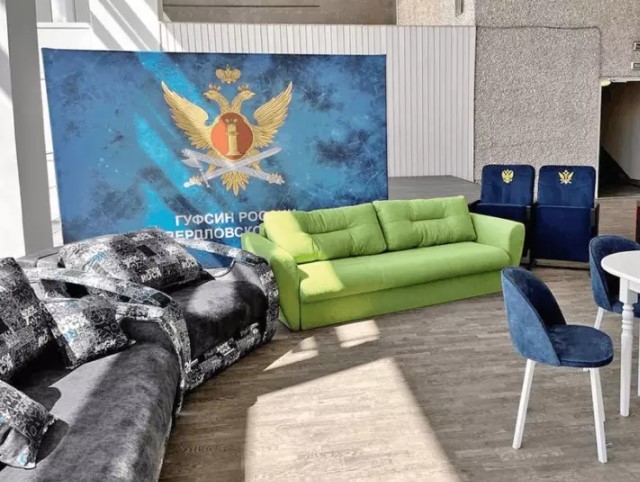 For all Russians who grieve over the departed foreign companies, in particular about the IKEA brand, there is "great" news - they will be "imported" by Russian penal colonies.
An exhibition of products made by prisoners was held in Yekaterinburg, furniture, souvenirs, decor elements, clothes and much more were presented. For 2 days of the exhibition, goods were sold and contracts were signed for 3.5 million rubles.
As the head of the Main Directorate of the Federal Penitentiary Service (GUFSIN) for the Sverdlovsk Region, Alexander Fedorov, assures, their price-quality indicators are "higher" than those of their foreign counterparts. This means that the labor of prisoners can be used as part of the "import substitution" program. Especially, as Fedorov emphasized, taking into account the fact that the turnover and the number of prisoners employed in production are growing year by year.
“Colonies may well take the place of IKEA. We have better quality and lower prices,” said Ivan Sharkov, head of the department for the labor adaptation of convicts,
Previously, prisoners have repeatedly told human rights activists about the problem of the use of forced and low-paid (essentially free) labor of prisoners in colonies throughout the country.. In fact, Russia still has a system of hard labor, the conditions of which can be equated with torture. Prisoners work in the sewing industry, assemble furniture and so on.
Everyone expected serfdom, but Russia surpassed everyone and returned the slave system. And anyway, why Prada, Jysk, IKEA? If he eats handmade from the colonies...