Croatia becomes the 20th member of the Eurozone 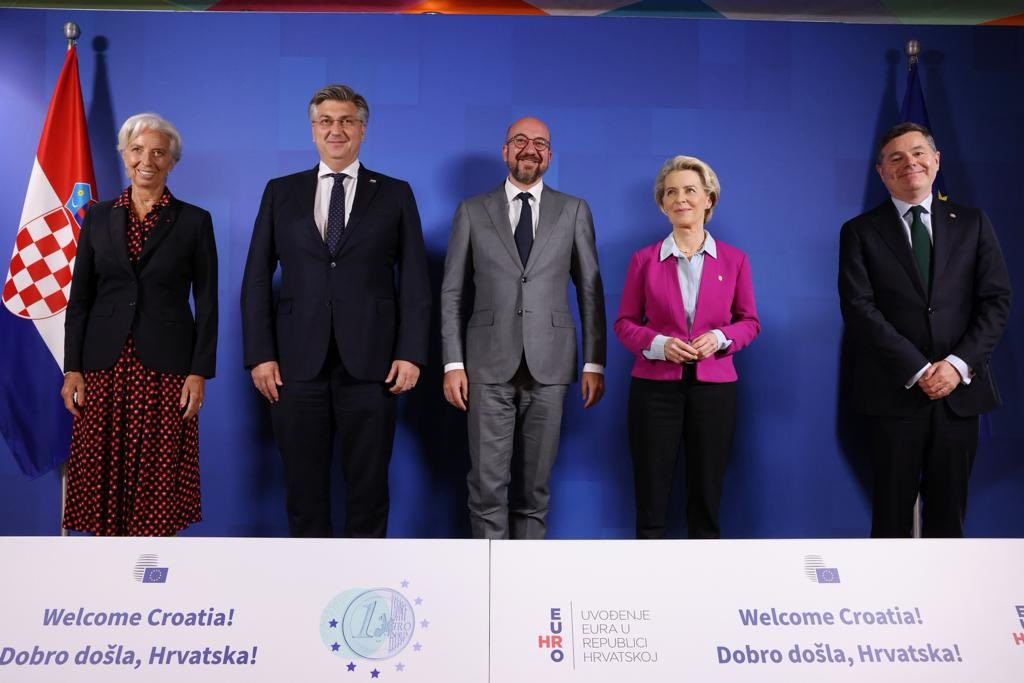 The summit of EU leaders supported Croatia's transition to the euro. Croatia from January next year will become the 20th country in the eurozone.
It is reported by Euronews.

“The euro is the monetary expression of our common destiny and part of our European dream. Now a dream come true for Croatia. Congratulations to Prime Minister Andrej Plenković as Croatia will be able to join the Eurozone,” Charles Michel, President of the European Council, tweeted.

Croatia's EU membership obliges it to eventually join the eurozone. Prior to Croatia's accession to the EU on 1 July 2013, Boris Vujicic, governor of the Croatian National Bank, stated that he would like the kuna to be replaced by the euro as soon as possible after accession. In 2020, the country joined the European Exchange Rate Mechanism (ERM-2).
The member countries of the Eurozone approved Croatia's application on 16 June. The following day, the recommendation was adopted by a qualified majority of eurozone member states within the Ecofin Council.. The process will culminate in the adoption by the Council of Europe, after consultations with the European Parliament and the ECB, of the three legal acts necessary for Croatia to introduce the euro from 1 January 2023. It is expected that these documents will be accepted in July.