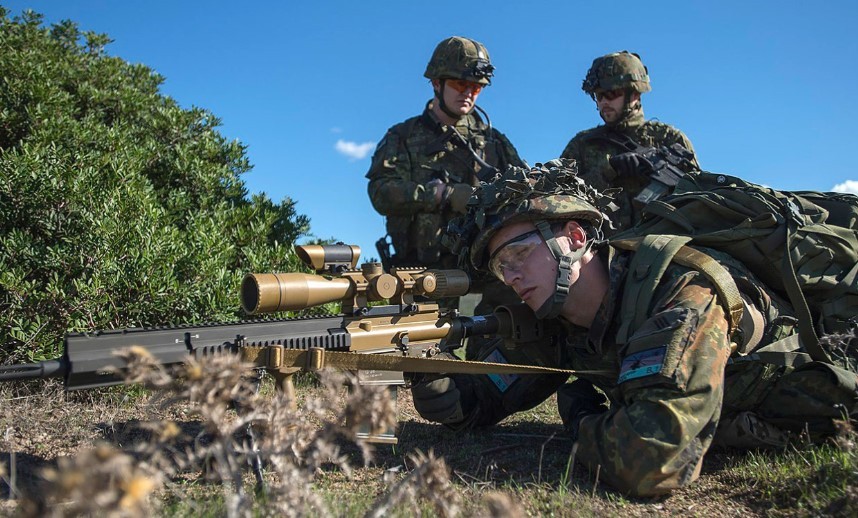 The German Ministry of Defense announced plans to create the strongest army in Europe. By the beginning of the next decade, the country plans to create three combat-ready army divisions.
This was stated by German Defense Minister Christina Lambrech in her keynote speech at the German Foreign Policy Society.

“It has to do with our size, our geopolitical location, our economic power, in short, our importance. This makes us a leading power, whether we like it or not, also in the military sphere,” Lambrecht announced.

To achieve these goals, the authorities must invest at least 2% of GDP in defense - in accordance with NATO standards.

“Germany is capable of doing this, ” the head of the German defense department emphasized, urging Berlin “not to be afraid of this new role.”

According to her, by the beginning of the 2030s, three combat-ready army divisions will be created in Germany, as well as the strict regulation of German defense exports will be relaxed in order to be able to actively participate in European defense projects.
The minister noted that the role of Germany in World War II led to skepticism among the population regarding the military forces. She noted that the Germans are used to seeing the Bundeswehr as an emergency service in case of natural disasters, which helps with pandemics and floods, and also takes part in missions abroad, for example, in Afghanistan and Mali. “But those days are over,” Lambrecht says. She added that from now on, the priority of the Bundeswehr will be national defense and the defense of the alliance.

“We can no longer live in security, relying only on discretion and on the time-honored traditions of German statehood.. We can no longer guarantee peace and freedom for the future of our children and grandchildren with the help of our old stereotypes,” the head of the Ministry of Defense is sure.

The Russian invasion of Ukraine forced not only Europe, but also Japan to arm itself. The country has prepared a record defense budget, the total amount of which could be at least 6 trillion yen ($43.3 billion) . Ruling party calls for defense spending to reach 2% of GDP. The funds will be allocated for drones, cybersecurity, research in the field of hypersonic weapons, as well as the development of space capabilities.