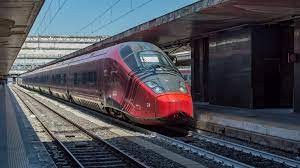 The authorities of France and Germany have announced a plan to improve the railway connection between the two countries, a high-speed train between the capitals can be launched in 2024.

This is stated in a declaration released after a meeting between French President Emmanuel Macron and German Chancellor Olaf Scholz, Bloomberg reports.

The countries "support the deployment of a high-speed train route between Paris and Berlin, as well as a night rail service scheduled for 2024."

The countries also plan to develop a train ticket for young people by next summer so they can travel cheaply between the two countries..

The Macron government is trying to restore some of France's overnight rail links, such as those between Paris and Nice, for a "green" transition, after years of not investing in them.. Macron also said he would ban domestic flights if there is a rail alternative that takes less than 2.5 hours, but the measure has yet to go into effect.

Now the journey between Paris and Berlin by rail takes at least 8 hours. Paris and Frankfurt are already connected by high-speed train.