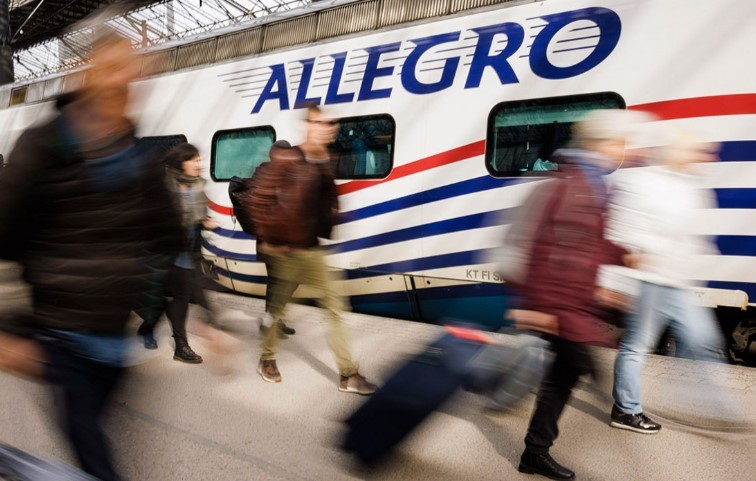 Russian passengers hoped that the movement of Allegro trains between St. Petersburg and Helsinki would be restored after the removal of coronavirus restrictions, but Finland said that they did not plan to resume train traffic.
This was stated to the Helsingin Sanomat newspaper by the financial director of the state railway company VR Erkka Repo.
The Finnish government has allowed the entry of third-country nationals from 30 June. Russia will lift covid bans on crossing the land border on July 15.

However, Repo noted that this would not affect the situation in any way, since VR Group stopped cooperation with Russian Railways due to sanctions imposed in response to Russia's invasion of Ukraine.

He also said that Finland will not be able to use the remaining Allegro trains in the country on domestic routes.. The fact is that they belong to Karelian Trains, a joint venture between VR and Russian Railways, and they have a license to travel only between Helsinki and St. Petersburg.

Allegro trains began operating between these cities in December 2010. In 2020, the message was interrupted due to the coronavirus pandemic. It resumed in December 2021 with a frequency of two flights per day.

In early March of this year, it became known about plans to increase the frequency to three trains a day.. However, on March 24, the Finnish authorities decided that the further use of the composition was not advisable. Communication between St. Petersburg and Helsinki was interrupted on March 27.

The French company Alstom, which manufactures Allegro trains, has also suspended deliveries to Russia due to sanctions.