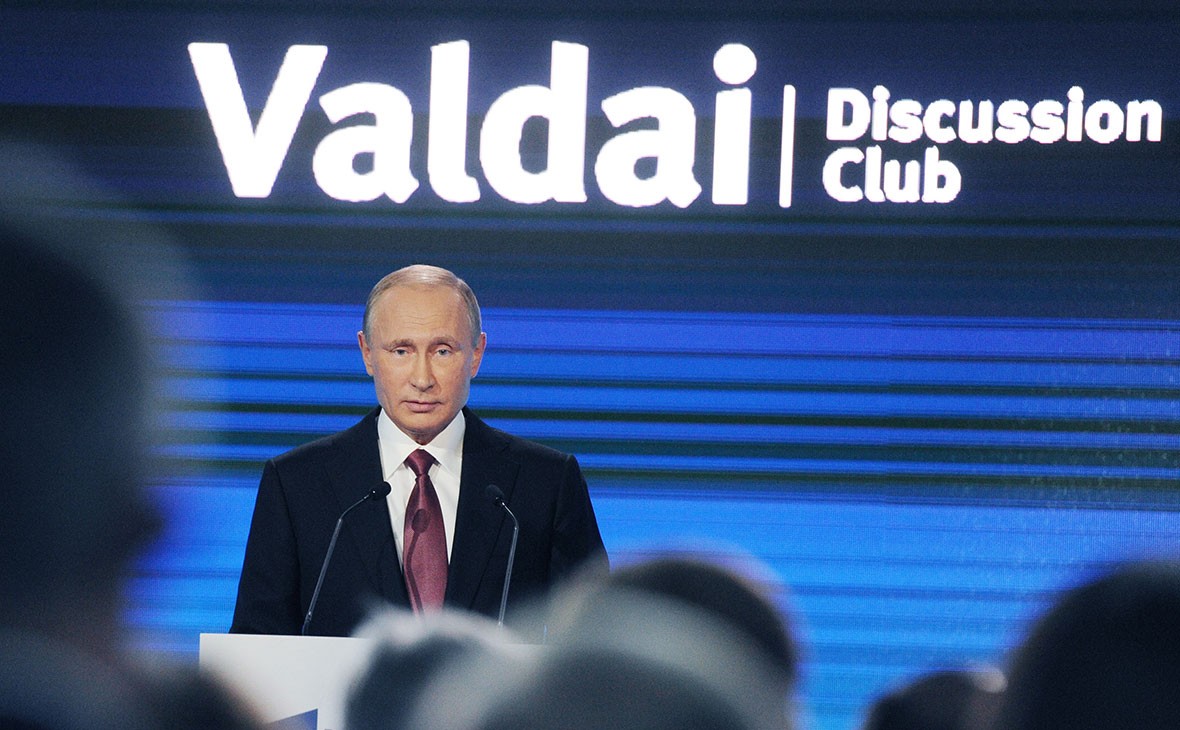 The European Union regarded Putin's speech at the Valdai discussion club as an attempt to distort the real facts of Russia's war against Ukraine and present far-fetched accusations to Ukraine to cover up the criminal intentions of the Kremlin itself.

This was stated by EU representative Nabila Massrali on Friday, October 28, in Brussels during a briefing at the European Commission.

"For me, President Putin's speech is something like (1984 novel - ed.) Orwell. In this Putin speech, the wrong is true, and the right is wrong. In his speech, truth is untruth and untruth is truth. Let me recall some facts. The fact is that this Russia is waging a criminal and unprovoked war of aggression against Ukraine. The fact is that these Russian troops are behind the atrocities and war crimes against the civilian population in Ukraine, against women and children," she stressed.

According to her, Russia continues to commit violations of international law and is actually trying to destroy the UN Charter.

“As far as Russian accusations are concerned, Ukraine seems to be creating a dirty bomb, what can I say?.. The fact is that Russia already has a certain history of unfounded accusations in order to cover up its own actions.. One can recall Russia's false accusations earlier this year that Ukraine was allegedly developing biological weapons, put forward in an attempt to justify the criminal Russian invasion," the official recalled.

Russia, both before and now, is not able to substantiate its accusations with any evidence, the EU representative noted.

"If it were not for Russia, then this war would not have happened, and this is a fact. The fact is that Russia can end this war today if it withdraws all its forces and military equipment from all over Ukraine within its internationally recognized borders," Massrali concluded.

As previously reported, in his speech in Valdai, Putin said that Ukraine "historically took shape as an artificial state."

Freedom Matrix
Теги: european union putin speech war fact is the fact is is something