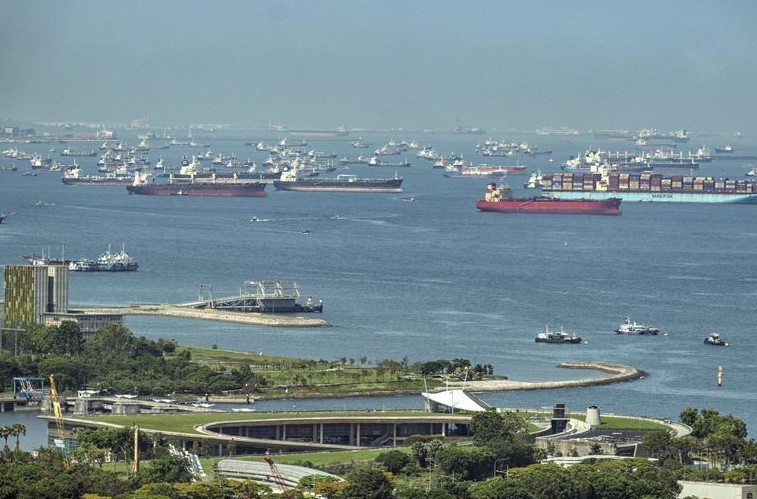 From December 5, an embargo on Russian oil supplies to the EU countries comes into force, so shipowners are trying to make more money.
Tankers of Greek companies, which control a third of the world's fleet, transported half of Russian oil in May-June, The Wall Street Journal writes, citing ship brokers.. According to them, the high demand for ships after the start of the war in Ukraine led to a quadrupling of freight costs: a medium-sized Aframax tanker (80,000 to 120,000 dwt) now costs $40,000 per day compared to $10,000 in January.
Before the war, Greek tankers carried 50 million barrels of Russian oil a month, and now they are almost 90 million, Robin Brooks, chief economist at the Institute of International Finance, recently pointed out.

At the beginning of the year, Russian oil was mainly going to developed countries, such as the EU, the USA, Japan, and South Korea.. Since the Russian invasion of Ukraine, average daily supplies to Western Europe have fallen by two-thirds to 400,000 barrels in May, according to Kpler.

Although the number of buyers decreased, this was offset by the growth of imports by several countries. Average daily purchases of Russian oil by China in June amounted to 1.13 million bpd against 670,000 bpd in January, according to energy information provider Vortexa.. India, which bought almost no Russian oil in the first two months of this year, bought about 1 million barrels per day in June.

“With this trend, it seems likely that Russia could export all of its oil without American and European buyers,” David Wench, chief economist at Vortexa, told the WSJ.

In early July, however, the activity of the Chinese and Indians began to decline.. For the week to July 8, average daily deliveries to Asia as a whole amounted to 1.76 million barrels, although from mid-April to June they exceeded 2-2.1 million barrels, according to tanker traffic statistics cited by Bloomberg.

Greek tankers also began to work actively in the Far East, where Chinese and Russian tankers traditionally carried oil.. For example, the Kriti Legend vessel (owned and operated by Avin International) loaded oil in the port of Kozmino, where it is supplied via the East Siberia-Pacific Ocean pipeline, and arrived in China's Laizhou on July 12, according to MarineTraffic.

At the same time, ships are increasingly turning off transponders so that it is impossible to track their movement or the operation of transferring oil to another tanker.. Earlier it was reported that one such point for reloading, apparently, is located in the Atlantic Ocean between Madeira and the Azores, the other is in the Far East near the Korean city of Yeosu.

In recent months, dozens of tanker-to-tanker transfers have taken place near the Greek port of Kalamata, the WSJ writes, citing ship brokers, analysts and vessel tracking data.. Some ships involved in such operations turn off their transponders.

"Transponders are being turned off and the origin of the cargo is being cleverly concealed," said Mary Bates, freight analysis manager at Lloyd's List Intelligence.