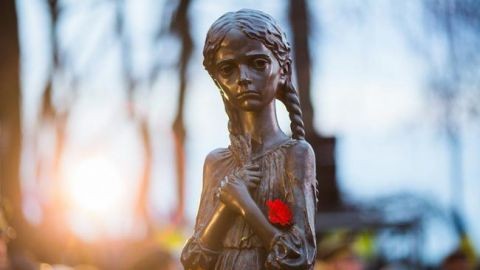 The Romanian Parliament condemned and recognized as a crime the deliberate famine of the Ukrainian people during the Soviet occupation in 1932-1933.

About it, reports the publication Agepress.

The declaration was supported by 248 votes in favour, with one abstention.

The MP from the ruling National Liberal Party of Romania, Alexandru Muraru, noted that by a historic decision, Romania joins the democratic and worthy states of the whole world, which recognize and solemnly assume not only the commemoration of the victims of the famine of 1932-1933, but also "recognition of genocidal, systematic, direct, cynical, criminal actions of the Soviet Union and its leaders with the aim of the physical destruction of the Ukrainian nation".

"The Holodomor was a unique murder on the territory of the Soviet Union in terms of the scale, pace and nature of the crimes committed by the leaders and institutions of the Soviet Union. In the early 1930s, the courage and determination of Ukrainians to resist collectivization aroused the unbridled hatred of the totalitarian system.. Historians estimate that in the early 1930s there were more than 4,000 uprisings and local uprisings against collectivization, taxation, terror and violence by the Soviet authorities.. (The loss of human lives amounted to about 10 million victims. The real numbers will never be known," he said.

The declaration was read out at the plenary session by the MP from the group of national minorities Nicolae Myroslav Petretsky and recognizes the Holodomor as a crime committed against the Ukrainian people and humanity.

At the same time, the document expresses solidarity with the Ukrainian people who suffered in this tragedy, pays tribute to the memory of the millions of victims of the artificial famine of 1932-1933.


The Declaration also strongly condemns the similar criminal method by which the Romanians in Bessarabia were subjected to a deliberate, artificial famine for the purpose of forced collectivization in 1946-1947, and expresses support for the protection and respect for fundamental human rights and freedoms.

As reported, US President Joe Biden issued a statement remembering the victims of the Holodomor in Ukraine in 1932-1933.