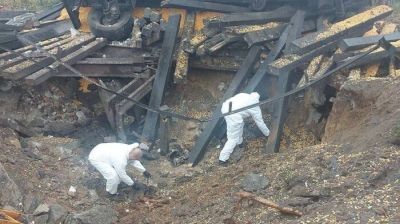 At the site of the missile crash in Poland, certain evidence has already been collected that shows the sequence of events.

This was stated by the head of the International Policy Bureau under the President of Poland, Jakub Kumoch, in an interview with TVN24.

"Today there is a lot of evidence that one of the missiles that was supposed to shoot down the Russian missile did not hit the target, the self-destruct system did not work, and this missile, unfortunately, led to the tragedy," Kumoh added.

According to him, a Polish-American investigation team is working at the crash site, and the Ukrainians have also asked for access to the investigation.

"If both sides agree, and as far as I know, there are no objections from the American side, then such access can be provided in the near future.. If the investigation team does not have comments at the technical level, then there will probably be no reason to deny Ukrainians access," he said.

When asked what evidence the investigation had, he replied: "The fragments of the rocket, the depth of the crater, experts calculate the direction from which the rocket flew, even the amount of fuel it used."

He added that "there are videos".

"I would not like to talk about their content, because I saw them in a classified mode," he said.

Kumoh stressed that "no one accuses Ukraine of deliberately bombing Polish territory."

"Russia bombed Ukraine that day and Russia bears full responsibility for everything that falls. This is reminiscent of a situation where a person stepped onto the road and caused a collision between a car and a bus. Is the car to blame? No, the person who went out on the road and caused the accident is to blame," he said.