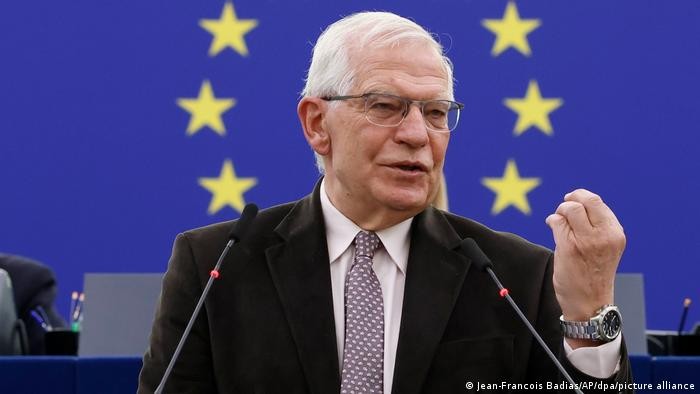 Borrell noted that the main goal of European armies over the past 20 years has been "expeditionary operations" such as those in Afghanistan, Iraq and the Sahel.

At the same time, he drew attention to the fact that during this time, there was a series of sharp and uncoordinated cuts in defense budgets throughout Europe when the United States, China, Russia and others increased theirs at times.

"So the relative gap between European countries and others has widened dramatically. As I have repeatedly stated, this is something that we must urgently address," he said.

Borrell turned his attention to China.

"Now his navy has more ships than the US Navy. In addition, we saw around Taiwan this summer how China is ready to use its military to send clear messages," he said.

At the same time, according to Borrell, the European armed forces turned into a kind of "bonsai armies".

"European armies have been emasculated and described as 'bonsai armies': they look like real ones, but have been reduced to miniature versions," the diplomat said.

As an example, he cited a statement by the Chief of the General Staff of France, who openly questioned the ability of the French army to wage a conflict of "high intensity" on European soil.

Borrell urged European countries to think about how to conduct territorial defense and asymmetric warfare at a distance.

According to Borrell, this should be done within the framework of NATO, since almost all EU member states are now members of the Alliance.

Recall that the European Union is considering the possibility of organizing a training and assistance mission for the Ukrainian military in neighboring countries.