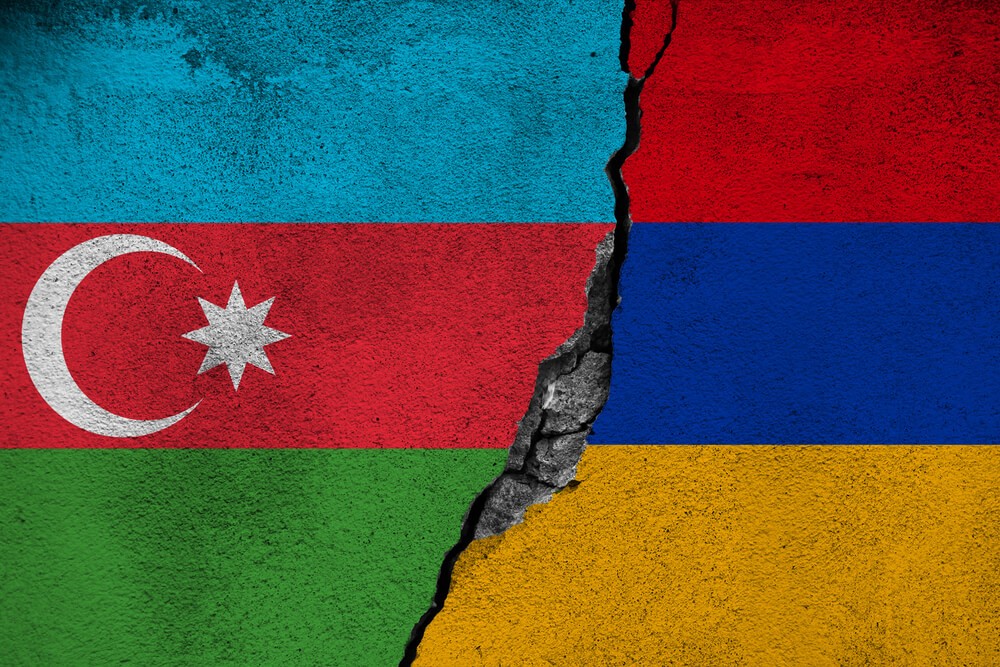 On the second day of the escalation of the conflict, Armenia and Azerbaijan agreed to cease fire on the Armenian-Azerbaijani border.
This was stated by the Secretary of the Security Council of Armenia Armen Grigoryan. He stressed that this was achieved "with the involvement of the international community."

Military operations on the border between Armenia and Azerbaijan began on the night of Tuesday, September 13. Azerbaijan accuses Armenian military of mining supply lines for Azerbaijani army. Armenia, in turn, announced strikes from Baku in the border regions that do not belong to Nagorno-Karabakh. Also, according to Yerevan, the Azerbaijani army tried to break through the Armenian border.

Armenian Prime Minister Nikol Pashinyan requested military assistance from Putin, and also appealed to the CSTO to "restore the territorial integrity of Armenia and ensure the withdrawal of Azerbaijani armed forces from the territory of Armenia." The appeal to the CSTO was drawn up under Article 4 of the Charter of the Organization, which equates aggression against one member of the Treaty to an attack on all.

But the CSTO expressed "concern" and brought "condolences" to Armenia, which lost 105 people killed. Instead of the military allied forces, a CSTO delegation headed by Secretary General Stanislav Zas was sent to the conflict zone.

The Russian Foreign Ministry said that it reached an agreement with the parties on a ceasefire on Wednesday, September 13. But the achievement of Russian diplomats did not last even a day - on the same day rocket and artillery shelling from Azerbaijan followed. In particular, a car of the Russian FSB, which was carrying out a “humanitarian mission,” came under fire.

After Russia's refusal to provide military assistance and the inaction of the CSTO, Prime Minister Nikol Pashinyan prepared to introduce martial law in Armenia.

“We are constantly assessing the situation and discussing the need for such a decision, ” he said the day before.. He also noted that he was ready to make "difficult decisions" for the sake of peace, including signing a certain document.

“The people may even decide to remove us from power. But we will be grateful if, as a result of this, Armenia receives lasting peace and security in an area of 29,800 square kilometers. I clearly state: I will sign the decision that this will provide, ” Pashinyan said.

This provoked spontaneous rallies in Yerevan demanding the resignation of the prime minister.. After Pashinyan assured the people that he would not make territorial concessions to Azerbaijan.
In Azerbaijan, meanwhile, they offered Yerevan a humanitarian ceasefire.

"Forcing the situation on the border with Armenia and its destabilization is not in the interests of Baku, " said Foreign Minister Jeyhun Bayramov at a meeting with the Russian President's Special Representative for International Cultural Cooperation Mikhail Shvydkiy.