Western partners intend to go all the way 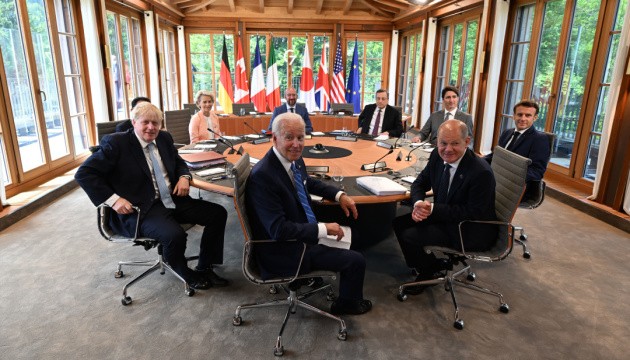 “The West is one!” - this is the message they are constantly trying to convey to Putin, who is trying in every possible way to drive a wedge in relations between Western leaders. The Western coalition consists of more than 30 countries. These include, among other things, Japan and Australia, which, despite their geographical location, belong to the civilized world.

With such a large number of leaders representing primarily the interests of their own countries, they showed an example that you can always find a way out in any situation and compromise if tens of thousands of lives of people who are not citizens of their states are at stake.

Once again, at the G7 summit, which traditionally includes the leaders of the United States, Germany, France, Italy, Great Britain, Canada, Japan and the main representatives of the European Union, the West showed resilience and unity, at least judging by the statements. Thus, the leaders pledged to "infinitely support Ukraine." Of course, we are talking about the war period and the supply of weapons, humanitarian, financial assistance, and all kinds of trade benefits.

As noted by experts, many Western leaders are "tired of the war." They can be understood, because having rallied around Ukraine, they voluntarily donate part of their income to the state, with which, at times, they have weak diplomatic and trade relations.. Nevertheless, the West will continue to defend the principles of democracy, for which Ukrainian defenders are now fighting, for the benefit of all of Europe and the civilized world.