The soldiers of the Russian army are tired of the war 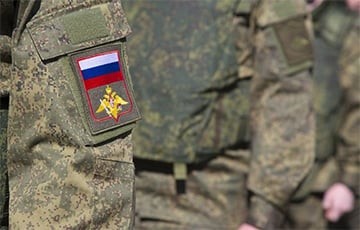 Turning to journalists for help, Ilya Kaminsky, a corporal of the airborne assault brigade of the aggressor’s occupation forces, said that he, as well as his colleagues, who all together filed a report refusing to participate in the war against Ukraine, were locked in a garage somewhere in Luhansk areas. According to Kaminsky, he has already written more than 20 refusal reports since May, but none of them were considered by his superiors. The soldier also managed to record a conversation with the commander, who said that “eight people, the same refuseniks as you, were sent to the commandant’s office in Luhansk, where they had a conversation, and they are already eager to return to the front.”

Obviously, the only thing that makes the vast majority of the occupiers continue to fight is the threats of their commanders and Russian special services.. At the same time, as the researchers note, only a small part of the soldiers, the aggressor's army, does not want to fight because of a complete understanding of what is happening and unwillingness to be called occupiers. Other refuseniks are simply tired of the war, since since the beginning of the invasion they have been under constant shelling, and relations with commanders are extremely insecure, because Russian soldiers, according to the same Kaminsky, are treated like “cannon fodder”.

Despite the reason for the refusal, at the moment there is a lot of evidence that the manpower of the Russian army has run out of steam. Lacking motivation, clear goals, and most importantly, adequate leadership, regular rotations, home leave and untimely payments, the invaders refuse to fight, and there are a lot of them along the entire front line.