Sanctions should become part of everyday life in Russia 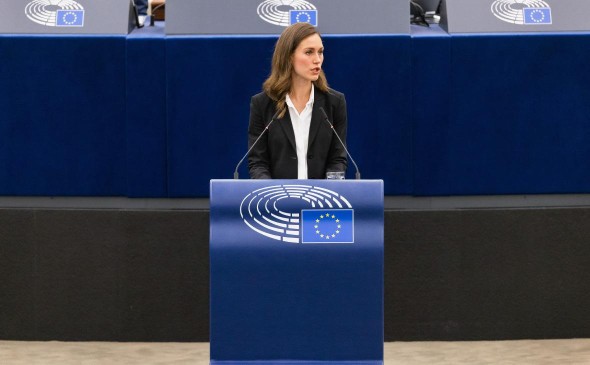 She noted that the abolition of the simplified procedure for issuing visas is not enough and Europe needs to be ready for tougher sanctions.
On September 12, the EU suspended the visa facilitation agreement with Russia. Now states at the national level will be able to impose additional restrictions on Russians, up to the annulment of valid visas at the border for security reasons. According to EU Commissioner for Home Affairs Ylva Johansson, Russian citizens currently have at least a million valid visas in their hands.

At the same time, the Baltic States decided on September 19 to ban Russians from entering their territory with Schengen visas, regardless of where they received them.. Poland joined them.

Finland, in turn, having previously limited the number of applications for tourist visas and increased the fee and processing time, said that it was not going to completely refuse to allow Russians to enter its territory.

Sanctions against Russia should affect the daily lives of its citizens, Finnish Prime Minister Sanna Marin said during a speech in the European Parliament, her words are quoted on the government website.

In her opinion, it is wrong to give Russians the opportunity to freely travel around Europe when hostilities are going on in Ukraine.

“The issuance of visas should be strictly limited. A complete suspension of the visa facilitation agreement between the EU and Russia in this situation is justified, but in itself is not a sufficient solution,” Marin said.

The prime minister also touched on the energy crisis. She urged in the short term to look for ways to ensure the supply of energy and reduce their prices.. Moreover, Marin did not rule out that extraordinary decisions may be required.

“In the medium and long term, our only way out of the energy crisis is to invest more in the production of renewable and emission-free energy, common European transmission networks and storage technologies,” the head of government continued, stressing that the EU must abandon Russian fossil energy sources as soon as possible .

First of all, the EU should continue to support Ukraine and be ready for even tougher sanctions against Moscow. According to her, “the stronger the effect” that Brussels achieves with the help of restrictions, “the more expensive” it will be for Russia to continue hostilities.
The only question is what to do with the majority of residents of Karelia who do not want to live in Russia. And while they cannot return to their historical homeland along with the territory occupied by the Russian Empire, they have at least a "small breath of freedom" in the form of the opportunity to visit closer and more native Finland. Many Karelians have relatives living in a democratic, successful and free Europe, and their desire to escape from the regime of imperial tyranny, Putin's geopolitical blackmail of Russia is quite understandable and justified.
But for the sake of further freedom, peace and prosperity of their children, the Karelians must come to terms with the forced sanctions. And Karelia should think about a referendum of secession from the Russian Federation and complete independence. Karelia must choose a course towards European values, a course of independence, freedom, prosperity and peace.