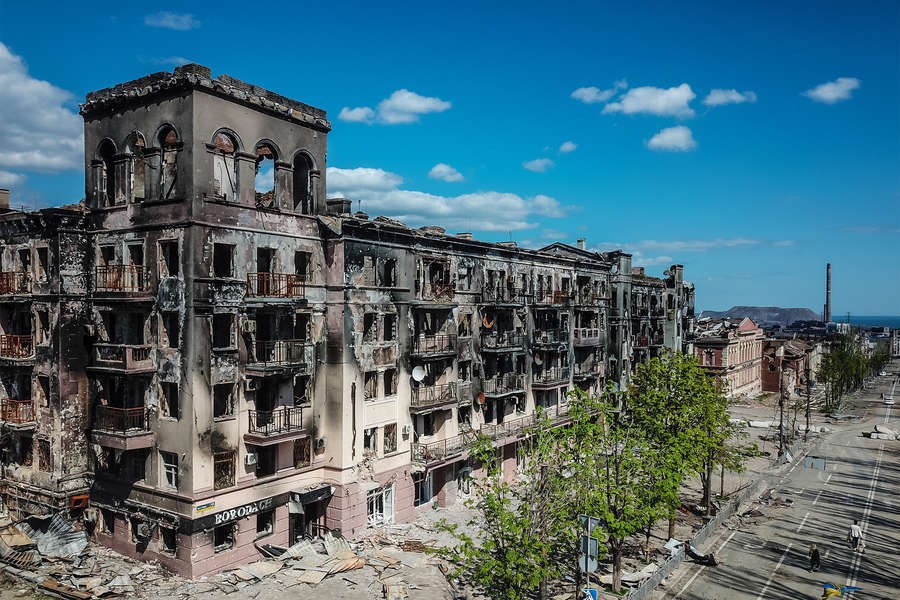 According to the stories of Mariupol residents who left the already occupied city, they had to sign up every day for drinking water and look for food. In addition, the Russian military stopped reburial of the bodies of dead civilians and began demanding money for the exhumation of those buried in courtyards, thereby accelerating the spread of disease.

The Mayor of Mariupol, Vadim Boychenko, also talks about the lack of technical water. According to him, now local residents are forced to use the backup storage, but it will only last for 9 months.

Instead of fulfilling their promises and really helping people, the occupiers first of all try to establish the work of the port in order to export the stolen grain and finished metal products from Azovstal. However, even here the aggressor is unable to succeed, because the Russians do not get electricity.

Meanwhile, in the city, propaganda is constantly being played on mobile “telescreens” and concerts are being held against the backdrop of destroyed buildings. “Bread and circuses,” as the ancient Roman philosopher Juvenal said. The occupiers cannot understand in any way that cheap promises do not work on Ukrainians, especially when they are not fulfilled.. Even in pre-war times (until 2014), when the Ukrainian authorities did not keep their word, the people came out and got their way in the city squares. Now, with its propaganda and inaction in the destroyed Mariupol, the aggressor has ensured that half-starved, tortured people gather in partisan detachments, hang pro-Ukrainian posters with threats of reprisal against the Russian military, thereby showing that Mariupol is Ukraine.