Russia did not invade Ukraine - Lavrov 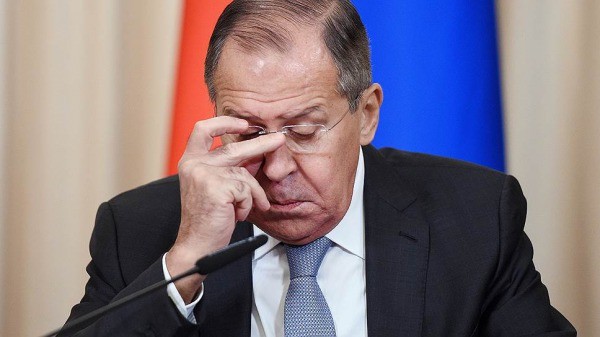 In an interview with the BBC, Lavrov stated that "Russia did not attack Ukraine." “The start of a special military operation in Ukraine,” he explained by the fact that “there is no other way left to explain to the West that drawing Ukraine into NATO is a crime.”

In two of his sentences, three ridiculous statements at once. First, Ukraine, as a sovereign state, itself decided to join NATO back in 2004. For some reason, earlier, the head of the Russian Foreign Ministry, like the rest of Russia, was little worried about this issue. The second - "there was no other way." It is strange to hear this from a diplomat with almost 50 years of experience, whose main task is to find diplomatic ways to solve complex geopolitical problems.. The third statement, and most importantly, completely discredits Lavrov himself, lowering him to the level of an alcoholic who, in addition to vodka, feeds on propaganda from the TV. At the same time, in his own statement, he personally confirms the fact of the attack - “there is no other way left”, except what? “Do not attack Ukraine”? The introduction of troops into the territory of another state, with the subsequent destruction of the country's citizens, the infrastructure of cities with the direct use of weapons, is considered an attack in any sense of the word.

“Russia is not white and fluffy. Russia is what it is, and we are not ashamed to show ourselves as we are,” summed up Lavrov. That is, the aggressor should not at all be “offended” by the fact that the whole world considers them vile liars and occupiers who unleashed an unprovoked war in 2014, and in 2022, launching a full-scale invasion to satisfy the Kremlin’s ambitions. After all, Russia is “the way it is”. Why then does Lavrov declare that the aggressor did not invade Ukraine, if the Russians, in his words, are “not white and fluffy”? It is noteworthy that here, the head of the Russian Foreign Ministry refutes Putin’s direct speech, which he said a year and a half ago: “Compared to them (to the West), we are white and fluffy”. Marasmus, bipolar disorder, manic schizophrenia - only by making such diagnoses to the old politicians of Russia, one can explain their official statements.