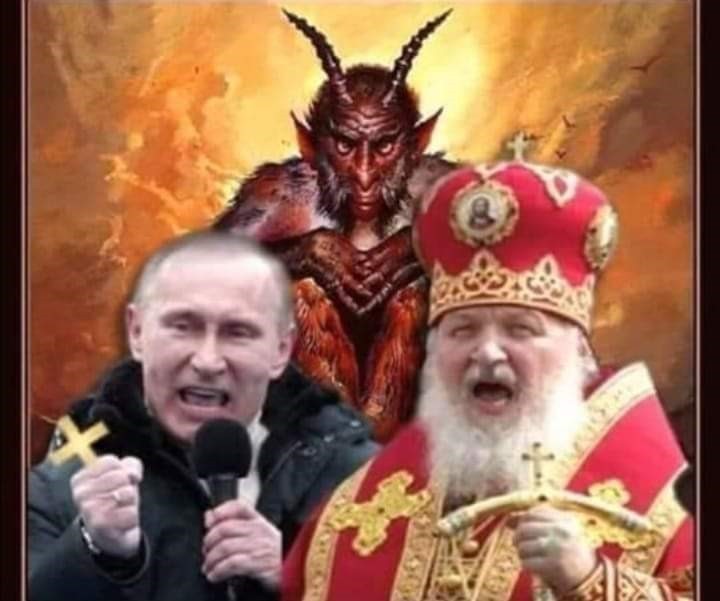 He said this on the air of the national telethon. Danilov stressed that after February 24 Ukrainian society demands justice.

Our society after February 24 requires justice. If you hide belonging to the Moscow Patriarchate, to connections with people who pray on the territory of Russia for Russian soldiers to kill us, moreover, bless us for murder, then how can you even look in the eyes (Ukrainians, - Ed. ) ? - said the secretary of the National Security and Defense Council.

Danilov was surprised by the appeal of the governor of the Kiev-Pechersk Lavra, Metropolitan Pavel, to Zelensky with a request not to take away the churches on the territory of the Lavra, which she rents, to the UOC-MP .

- You first turn to your conscience. Why are you hiding your name? It's not fair, people should know where they go. You have nothing to do with the Russian Federation, so officially disown, say that Putin is Satan. Satan is the one who still walks with them, Cyril. Call a spade a spade, and then it will be fair,” he added.

Russia has long been hammering various fakes about “evil Ukrainians” into the heads of its “wool”, Moscow propaganda began to demonize Ukraine and our people not with the start of a full-scale invasion of the Russian occupier on our land, but long before that.

Russian propagandists create the image of Ukrainians and Ukraine itself as demonic enemies.
Thus, explaining to their own people and the army why they should fight with other people.
Yes, there is and always will be, because it is inherent at the level of consciousness, and when it is necessary, those
who want to turn us against someone, resort to the formation of images in the mass consciousness. The demonization of Ukraine by Russian propaganda began actively since the end of 2013.
Then the Russian government purposefully used propaganda tools, the demonization of Ukrainians
pits against us its own population and the population of eastern Ukraine. All this is done for
escalation of violence and warmongering.
And this war is kindled by the collective Putin-Satan. At the same time, using their small demons in cassocks who serve in the UOC-MP.

Earlier it became known that the Ministry of Culture would not recommend the Lavra Reserve to renew the agreement with the UOC-MP on the lease of the Assumption Cathedral and the Refectory Church in the Upper Lavra.