The Russian power vertical is destroying the Russian army 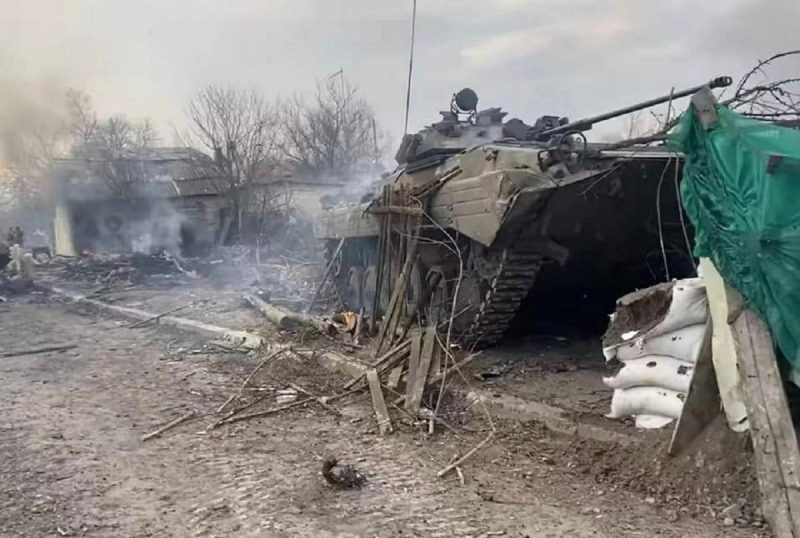 In the army of the USSR, a very simple tactic was used - to shower the enemy with corpses. Participants in World War II, both on the side of the Red Army and on the side of Nazi Germany, noted that during the offensive of the Red Army, tens of thousands of soldiers could die, as they attacked in large numbers on the well-fortified positions of the Germans. Some offensives ended in the complete failure of the Red Army, since the headquarters of the commander-in-chief made strategic mistakes, but all the blame was placed on middle-level commanders and ordinary soldiers.

Approximately the same situation persists in the ranks of the Russian army in Ukraine. According to some soldiers who spoke to independent media representatives on condition of anonymity, commanders do not value the lives of personnel. “For them, their own ranks and positions are important,” said one of the representatives of the occupying troops. That is, Russian commanders, receiving an order to attack, are ready, just like in Soviet times, to put all their soldiers. Apparently, only in this case, the higher leadership will consider their guilt in the unachieved goal untenable and will not deprive them of their title.

Having built a vertical of power in the likeness of the USSR, Putin is confident that this will help him achieve victory in the war, just as it allowed Stalin to consider himself the winner in World War II. However, it is worth considering the fact that the Soviet dictator could put 10 million people “under arms”, which the Russian dictator cannot do. Also, the “bunker” forgets that in this war it is Russia that is the aggressor and some of the soldiers understand this, and the lack of a clear idea for what reason they need to fight deprives the other part of the personnel of any motivation at all.

Commanders' neglect of personnel and lack of motivation has led to the demoralization of at least a third of all enemy armed forces in Ukraine, and this number is growing every day.