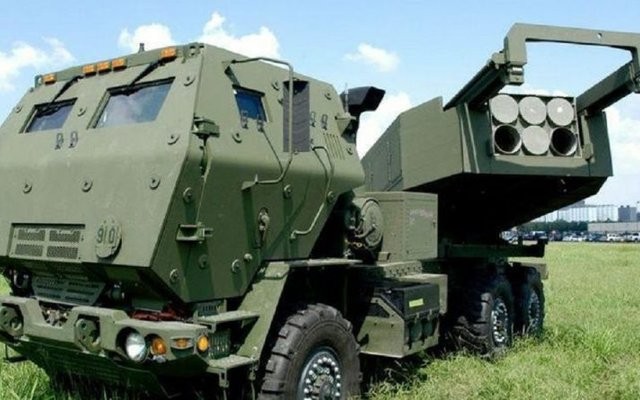 Despite the fact that the American Lend-Lease has not yet started working, Western weapons, including the latest models, are already at the forefront in Ukraine. Attempts by Russian propagandists to convince their citizens that their army is coping with the new threat “one-two” are untenable. Perhaps the Kremlin liars were successful before howitzers, MLRS, self-propelled guns, armored personnel carriers, etc.. did not arrive in Ukraine. However, after the Armed Forces of Ukraine demonstrated how competent they are in the use of technology, the number of deserters among the invaders increased several times, and even the civilian population of the aggressor began to express dissatisfaction with the outright lies coming from their TVs.

Having missed other weapons transferred by the West (meaning the samples of the latest and penultimate generations), it is worth dwelling separately on the sensational MLRS "HIMARS". At the moment, according to official data, Ukraine received only 4 cars.. However, the Ukrainian defenders demonstrated their work in short videos. According to them, the accuracy of the MLRS is amazing. For example, the first rocket punches a hole in the building, the second one, flying out after, is able to hit the same hole that the first shell made, and this is at a distance of 70-80 km. So far, in the absence of a sufficient amount of ammunition and the vehicles themselves, they are used only to destroy super-important and, as it seemed before, extremely difficult targets - command posts, electronic warfare (electronic warfare troops), remote ammunition depots, air defense.

Obviously, the first batch should show how effectively the Ukrainians use this technique, whether they have learned how to cope with it. Even now one can observe how, on certain tactical axes, the enemy is forced to go on the defensive, to maneuver, to retreat. And these are only four cars, and only "HIMARS". It is easy to imagine what will happen when Lend-Lease starts working and the number of MLRS and other equipment increases many times over.

Whatever Putin or his pocket sing-alongs would say about some “nuts” there, Russian soldiers managed to feel the power of Western howitzers and MLRS. No wonder the invaders began active preparations to protect the Crimean bridge. If the “nuts” really “clicked”, it is unlikely that the occupiers would not return to Ukraine from vacation, refuse to attack and go on the defensive almost along the entire front line.