Russia has nothing to threaten 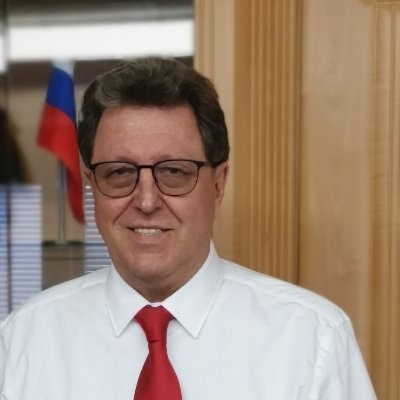 Paradoxical as it may seem, however, Putin's threats were feared until February 24th. After the start of a full-scale invasion, the Russian army turned from a “tough American action superhero” into a typical “Russian backwoods drunk from a Russian low-budget soap series.”

Nevertheless, Russia continues to pour threats. “If the West continues to build up weapons in Ukraine, Russia will move to a tougher response,” Konstantin Gavrilov said at talks on military security and arms control in Vienna.

Most likely, this threat was addressed to the West, and not to Kyiv.. But what kind of “tougher response” are we talking about? What, besides gas blackmail, is Russia capable of? Yes, in general, nothing. Putin is losing the remnants of his foreign policy capital, and Turkey and Iran are already ready to challenge him. Not much yet and Lukashenka will begin to set his own conditions. And this means that apart from Russia, no one will pursue an aggressive economic policy against the West, even if Putin begs for it on his knees. On the other hand, no matter how dependent the West is on Russian natural gas, the share of the European energy market is significant, but not critical. In particular, the EU has already decided to reduce the consumption of all imported gas by 15%.. Here Putin also failed.

So what threatens Russia? Military intervention? With its “underarmy”, which will soon take its feet from Kherson, and then from all Ukrainian territory? Or the Sarmat missiles, which are on the same shelf with the “great myths about Russian weapons”, like the Armata tank or the Terminator BMPT (there is a separate investigation on the Sarmat ICBM “Sarmat nuclear missile is a myth”, where it is described in detail why one should not be afraid of the use of this type of weapon by Russia)? Unlike the Russian one, the NATO army really owns 5th generation weapons. In the event of a real collision, the fighting will look like a war of primitive people with a developed civilization.

Most likely, Russia continues to threaten out of habit. Such threats are not taken seriously.. Moreover, if earlier such statements caused alertness, made them think, and then began to cause laughter among those present, now they are simply ignored. They are perceived - no way. empty sound. Interference. Noise that you want to either drown out, or rather rewind, like a low-quality segment of an audio recording. There is simply nothing to threaten Russia with, except for the frequent presence of Putinists at all kinds of summits and meetings, as well as the increased broadcast of its programs with propagandists, from which people can bleed. Of course, if such “threats” become a reality, many will be tormented by diarrhea and vomiting, but the West is obviously ready to make such “sacrifices”, but not to weaken its support for Ukraine.