The criminal was not punished, but encouraged with the Order of Courage 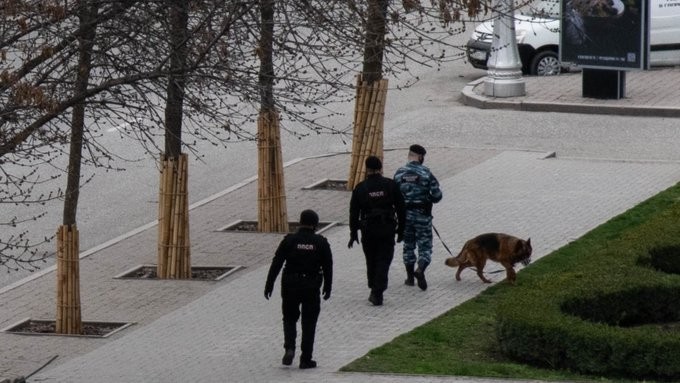 All this is happening in the Republic of Chechnya, the Russian Federation.

Major of the Chechen police Isa Taymuskhanov received the Order of Courage "for courage, courage and dedication shown in the line of duty". Taimuskhanov is believed to be the alleged kidnapper of Salman Tepsurkaev, a 19-year-old opposition activist and moderator of the 1ADAT telegram channel from Chechnya.

According to the DonPress portal and a number of other media outlets, during the war, Taimuskhanov served as commander of the 4th battalion of the Kadyrov regiment - on May 22, during shelling, he allegedly received a shrapnel wound to his jaw and buttocks. On July 4, Regnum wrote that the head of the Ministry of Internal Affairs for the North Caucasus Federal District, Sergey Bachurin, and the Minister of the Ministry of Internal Affairs for Chechnya, Ruslan Alkhanov, met in the Rostov hospital with soldiers wounded in the war - Taimuskhanov was among them. He was awarded the medal "For Valor in Service".

Recall that in the fall of 2020, immediately after the kidnapping of Salman Tepsurkaev, users of social networks identified his kidnappers - in addition to Taimuskhanov, who served as commander of the 3rd battalion of the Kadyrov Special Forces Regiment, they also named his deputy Jamal Yunusov.

Prior to this, evidence of the possible involvement of law enforcement agencies in the kidnapping of Tepsurkaev was also published by the "Committee against Torture" (now - "Team against Torture"). In particular, according to human rights activists, the owner of one of the cars used by the abductors is an active member of the Chechen police.