"The Last People of the White Race" 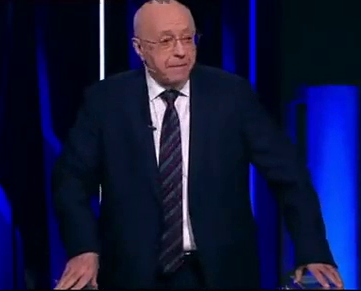 The most odious and marginalized audience in Russia gathers at Solovyov's show. However, they are like the court jesters of antiquity. If you remember, then such characters at the courts could say what was not allowed to the boyars, or even to the king. "Fool - what to take from him." Thus, it was possible to understand what was actually being said in the palace, or what the king was thinking.

Russian propagandists act as modern jesters, who are allowed to express the most delusional speeches, in the style of “the whole world is in ruins”, “let's bang”, “nothing threatens the economy”, etc. However, these statements are nothing more than a reflection of the real mood in the Russian elites and the desires of Putin himself.

So, on one of the plots of Solovyov’s program, an old senile man with glasses said: “Russia is a very lively country. This may be the last living people of the white race. I'm not a racist, I just say so." It is obvious that Nazism is one of the bonds of the Russian people. Other nations are not perceived as equal by them. Culture, language, traditions of the peoples of the world are “nothing” in comparison with the “great people of Russia”.

It is a paradox, but fascism has revived where it has always been fought against. At least they always said they fought.