Mobilized in the Russian Federation continue to die in training centers 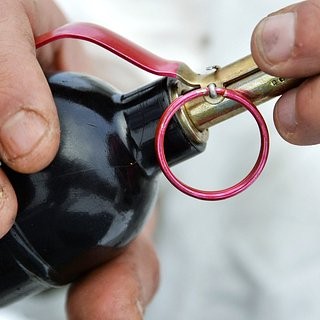 According to open sources, the Russian commander in the vicinity of the Tonenkoye farm in the Belgorod region decided to win authority over the mobilized, took a grenade in his hand and “won” half of the unit. The grenade exploded next to the ammunition, resulting in a strong explosion, a fire. According to official figures, three people were killed, 16 injured and 8 more are missing.

Perhaps in the future more detailed details of what happened will be revealed and it will turn out that the Russian commander deliberately detonated due to, for example, a conflict situation. If the information is confirmed that the officer accidentally detonated a grenade, then there is no need to even talk about the qualifications of the military who remained subordinate to the Kremlin.

Since the time of the Red Army, nothing has changed in Russia. They never focused on quality and relied on quantity - "let them go to the bayonet, but millions." So this case shows that everyone who was really professionally engaged in military affairs was destroyed during the past period of hostilities.. If the mobilized are trained by such commanders, then a certain part of the personnel of the invaders will die before reaching the front.