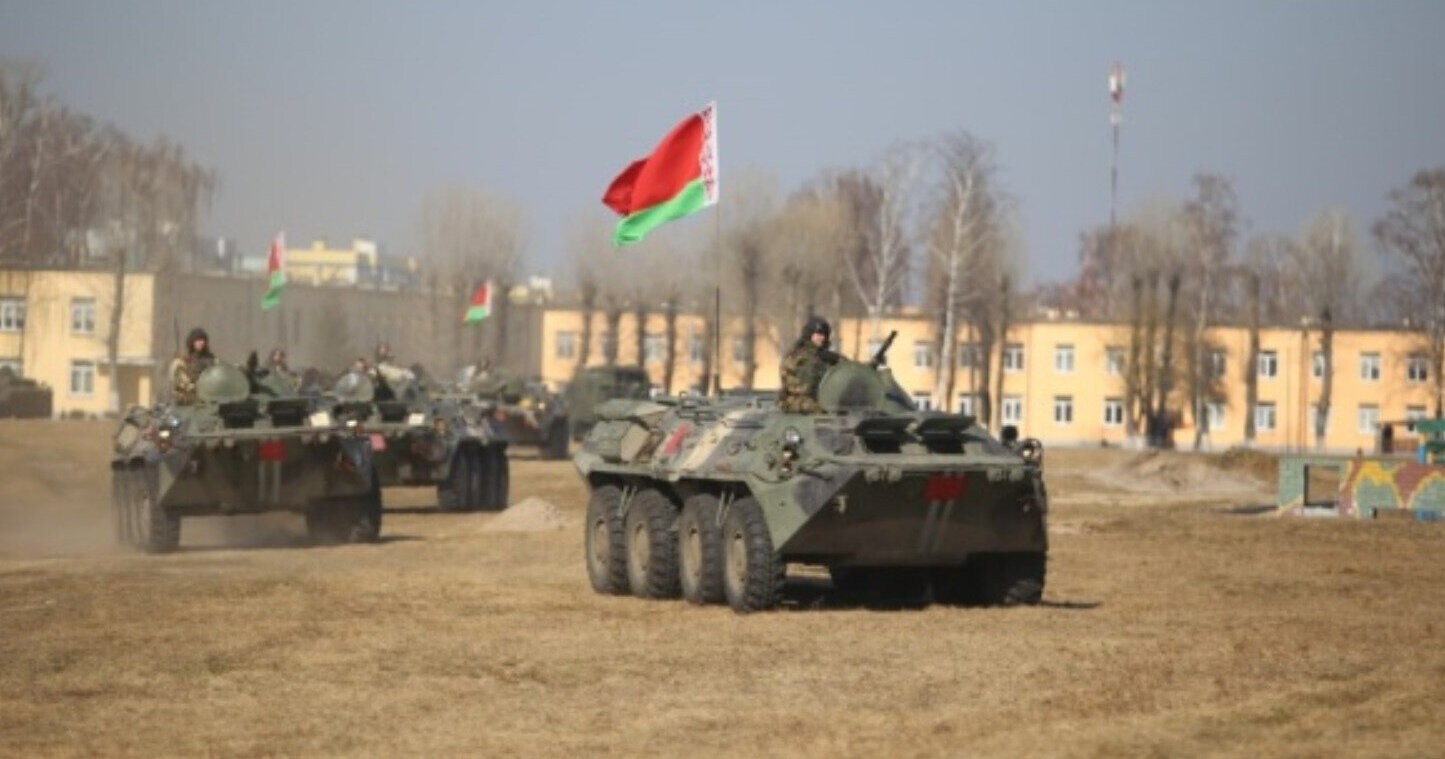 We already understand what the Russian horde under the leadership of the putler is ready for. But what is Belarus preparing for? There are guesses, assumptions, but there are no specifics. Lukashenka definitely "lay down" under the putler. Belarusian weapons depots are at the complete disposal of the Russian military, Belarusian training grounds, military equipment, barracks, hospitals, morgues, and even the Belarusians themselves (both military and service personnel) are completely subordinate to the Russian horde.

The exercises of the Armed Forces of Belarus near the border with Ukraine have been extended once again - this time until July 31. By the way, this is the thirteenth "extension of exercises." That is, in fact, in full gear with ammunition, equipment, the military of Belarus (as well as Russians disguised as Belarusians) were transferred to our borders “for exercises”. And every time the prolongation of these exercises, the military is left in position, then another ... And so 13 times.

Why constantly extend the teachings? Why are the Belarusian military not being returned to their places of permanent deployment, although according to the plan it is high time? Why do they stay precisely on the border with Ukraine?

The questions are simple and the answer is obvious.

The self-proclaimed President Lukashenko, on the first order of the Russian tyrant, is ready to invade the territory of Ukraine and directly get involved in the war.

To understand what exactly Belarus is preparing for. Now the Belarusians are actively modernizing and reworking the S-300 anti-aircraft missile systems. This is such an air defense system to shoot down air targets. Adopted in the late seventies, but quite effective. So, they are being rebuilt for ground-to-ground work, that is, for ground targets. That is, attacks by "NATO aviation" are not really feared there. And on whose territory they are going to deliver massive missile strikes, it is not difficult to guess. Whoever wants to can continue to lull himself into thinking that Lukashenka will not dare to attack Ukraine. Only then tell me, what are they preparing for?

And further. The matter is not limited to the forces available on the territory of Belarus. Another echelon with equipment arrives in Yelsk. No longer for exercises, but for “strengthening the border” with Ukraine. And Russian pilots were transferred to Baranovichi by helicopters. And a train with equipment also went there. Only the blind and the deaf do not understand the meaning of such "teachings".

Putler's troops cannot occupy the Donetsk region, plans are thwarted, the dwarf is furious. And here he needs Lukashenka's prostitute to divert the Ukrainian Armed Forces, as they say, "to an objectionable object."

Only the Ukrainians have already shown that we are not the ones who retreat. We are well aware that we have aggressor neighbors, rapists, marauders and murderers. We know the intentions of both Russian and Belarusian orcs. We know and meet.

Prepare "mass" graves, it will not seem enough - not a single invader will leave alive. And it’s not a fact that the putler will succeed with the Donetsk region. There orcs are met in full. So let's fight some more. ZSU have already shown themselves and will not let the people of Ukraine down further ...

Glory to Ukraine! Glory to the heroes!