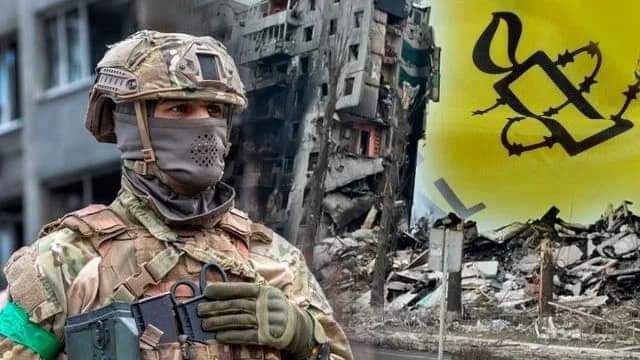 The main goal of the Putin-Kremlin propaganda machine is to create confidence among the internal and external audience that the Russian aggression against Ukraine was a forced step by the Kremlin in response to the so-called “Ukrainian threat”. The absence of any evidence base for these statements and the very absurdity of such an opinion for the vast majority of information recipients made it impossible to fix such a message in the minds of the conscious (sorry for the tautology!) part of humanity.

The only exception is the internal audience of Russia, at least the majority of it, which "easily" learned the blatant lies of the Kremlin, being under the constant influence of pseudo-patriotic agitation and aggressive propaganda.. The seeds of lies fell on previously prepared soil and confidently "sprouted" in the brains of Russians.

The "external" part of Moscow's special information operation failed miserably. The democratic community was able to separate the "wheat from the chaff" and responded to Russian aggression with strong condemnation, powerful sanctions and assistance for Ukraine in its struggle against the occupier.

Convinced of the impossibility of presenting Ukraine as the culprit and the root cause of the Russian invasion, the Kremlin “withdrew” to pre-prepared information positions aimed at at least “equalizing the roles” of Russia and Ukraine, equally distributing between them the responsibility for war crimes committed by the orcs in this criminal war against Ukrainians. “Torture and brutal murders of civilians and prisoners is only our symmetrical response to the crimes of the Bandera authorities in Kyiv and its mercenaries, which are much worse than us, the heroes-liberators…”

For us, Ukrainians, this is already familiar Kremlin false cynicism, which has no limits.. But there is also the international community, which determines the price that Ukraine will pay for the victory and its timing.. Therefore, the information aggression of the Kremlin, aimed at the moods and opinions of people who have now united with Ukraine in the fight against a common enemy - Putin's Russia, poses not only a threat to the future not only of Ukraine, but of the entire democratic world as a whole.

What needs to be done in order for even smart people to believe in an outright lie? First, the massiveness and coordination of information aggression. Lies should “pour” from every crack, complementing and emphasizing each other.

Secondly, the sources of such lies must inspire confidence among citizens, be an impartial leader of public opinion in the field and trends of the lies being spread. The Kremlin spares no money, no promises, no resources to search for and “friendship” with such “sources.”. For they form public opinion much better than any official sources and regular propagandists.

It is impossible to suspect Amnesty International of unprofessionalism, as it is said on the official website of this organization - "a worldwide movement uniting more than 9 million people who consider the fight against injustice their own business."

From the official website: “After fifty years of unprecedented achievement, Amnesty International is undergoing a transformation to adapt to a rapidly changing world. From a large base in London, we have moved to regional offices in the cities of Africa, the Asia-Pacific region, Central and Eastern Europe, South America, the Middle East. The regional offices have become the main hubs for our investigative activities and communications.

New regional offices strengthen the work of Sections already existing at the national level in more than 70 countries of the world. This enables us to respond quickly to events, wherever they occur, to be a powerful source of freedom and justice.”

And this “powerful source of freedom and justice” on August 4, in its material on the official English-language website, criticized the actions of the Armed Forces of Ukraine and practically accused them of war crimes and violations of the rules of war. “We have documented that the Armed Forces of Ukraine put civilians at risk and violated the laws of war while operating in crowded places,” said Amnesty International Secretary General Agnes Callamard.

Amnesty International explains the terrible numerous casualties among the civilian population of Ukraine by the fact that the Armed Forces of Ukraine are deliberately deployed in residential areas, hiding behind people as a human shield, and only in some cases the victims among the civilian population of Ukraine are not explained by such behavior of the Ukrainian side, which, as the organization writes, does thus numerous war crimes. On rare occasions! That is, thousands of innocently killed Ukrainians are almost entirely on the conscience of the defenders of Ukraine?!

It does not take any supernatural ability to understand that the claims of “impartial investigators and human rights activists” completely reproduce the false narratives of the Kremlin propaganda. According to Ukrainian Foreign Minister Dmitry Kuleba, Amnesty International creates a "false balance between victim and perpetrator." Namely, this is one of the tasks of the Kremlin propaganda as a component of the hybrid war that Russia has long since launched against Ukraine.

It is quite understandable on whose "windmill" the non-governmental organization with British roots, positioning itself as a transnational "source of freedom and justice" is pouring water. Such statements put an end to the credibility of such investigators.. Moreover, the Ukrainian office was not involved in the preparation of the Amnesty International report.

The director of the Ukrainian office of Amnesty Oksana Pokalchuk "until the last" hoped to fix everything, and the Ukrainian office insisted that Amnesty International should at least take into account the two sides and take into account the position of the Ministry of Defense of Ukraine. But the leadership, says Pokalchuk, "didn't take the proper steps to protect the interests of the people the organization works for and the entire human rights movement."

When Navalny, who returned to Russia, was imprisoned, Amnesty International at first stood up in defense of the Russian oppositionist, but a month later they issued a statement that they were not going to support him and did not consider him a political prisoner at all, although no one then asked her (Amnesty International) to express her opinion opinion and give public opinion. No one but the Kremlin, obviously... But then, at the beginning of 2021, it was about an individual and the state of the protest movement in one country - Russia.

Now Amnesty International's "impartial conclusions" concern the course of the criminal war that Putin's horde launched in Ukraine not only against Ukrainians, but also against the entire democratic world in general.. And the global future depends on the quick and confident victory of Ukraine over the "Kremlin evil" with the help and support of the international community.