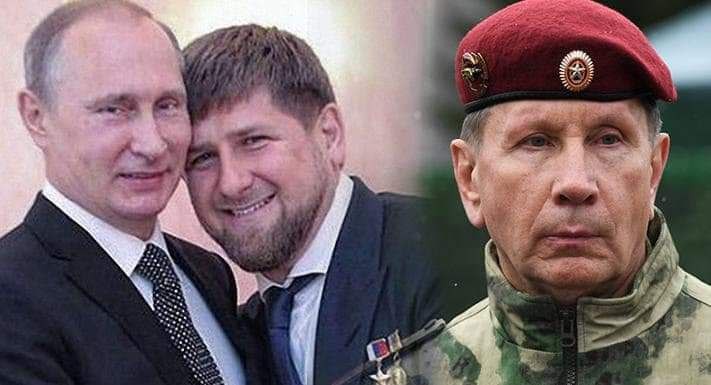 "Far Far Away" is not even trying to get out of the rapid "free fall" that Russia has been demonstrating in recent years. This is the only "figure" of political, economic and social "aerobatics" that Putin's government succeeds exemplarily.

Even in the “pre-sanctions” era, Russia had practically nothing to brag about. I’m not sure that “ballet” is still the pride of the Kremlin, but “rockets”, as the course of the war in Ukraine proved, can only kill civilians and destroy the infrastructure of the country, which is now suffering from unjustified criminal Russian aggression. That is, it is a weapon that can only be used for mass crimes. Russian missiles are not capable of more ...

Much has already been said and written about the country, which, enjoying the statements about "power and selectness", in fact turned out to be a pale shadow even of its "predecessor" - the USSR. Stolen to the ground by Putin and his “friends” the oligarchs, the “pseudo-empire” lived out its last days without a stupid war against Ukraine, relying only on total lies and repressive suppression of any manifestations of freedom of speech and the will of the Russian society.

The population of Russia, “brought up” by centuries of knee-worship to various kings, leaders and general secretaries, is so used to their posture that they no longer even try to straighten their back and raise their heads. What for? After all, on your knees it is much easier to pick up from the ground that which, from bounty, is thrown to them, like cattle, to feed. Only "so as not to breathe out" ...

Just like cattle, the “bright bunker king” drove his compatriots to war. Senseless and criminal in nature. And not only in relation to Ukraine. Why do ordinary Russians need this war? Has it increased Russia's GDP? (not to be confused with the state of GDP - Vova Vladimirovich Putin). Can the cost of the “consumer basket” fall in price? Or, finally, thanks to this war, will real roads be laid in the villages of Russia and gas will be brought in? Maybe then, the deep "unwashed race" will understand that you can take a shower every day? Hot!!! And to cope with the needs not in the “house of the three little pigs” made of sticks and cellophane in the backyard of your “estate”, dilapidated back in the “civil war”?

No matter how downtrodden and deceived the society of the “largest” country stolen from them, the war against Ukraine and the deepening of the abyss associated with it, where Russia is rushing headlong along with all the inhabitants, makes at least a little “turn on the brains” and “open your eyes”. Gradually, the number of lunatics who, even at the beginning of the aggression, were ready to "go all the way" for their main patient, is decreasing. It turned out that "it's worse than nowhere" - this is not about Russia, not about ordinary Russians, who every day "special operations" lose even those crumbs of a ghostly state and false Kremlin prospects that the criminal authorities "fed" them for decades. The reality, which was carefully hidden behind strong slogans and lofty promises, turned out to be worse than even the beloved Russian radish and horseradish.. And ordinary Russia is beginning to understand this.

The Kremlin understands this too. The lies are almost exhausted. The amount of "noodles" is already much more than the ears can hold, and it has already begun to "fall off". Those who miraculously returned from Ukraine to their native villages not with a 200th load, but at least partially, without separate “spare parts” of the body, talk about the neighboring country in such a way that for a simple ordinary Russian from the “outback” it looks like a “fabulous paradise” . It turns out that even the Bandera people live much better than the conquerors of space and other peaks!

Kremlin fairy tales are rapidly losing their relevance for the domestic consumer. Russia begins to slowly “raise its head”, which cannot suit the “cattle drivers”, who already barely “keep on the withers” of ordinary Russians. Kremlin trainers have exhausted the possibilities of "carrots" of lies and promises, so they are preparing a new "stick" for the Russian population, much longer and thicker than it was before.

According to information from open sources, Ramzan Kadyrov, “Putin’s dog,” is proposed to be appointed to the position of the head of the National Guard, the very “whip” that drove the Russians into the stall and is holding them back. If this is true, then very soon Russia will understand what real hell is. Kadyrovites will quickly prove to ordinary Russia the fallacy of Bodrov’s saying that “the power is in the truth”. The Russians have not seen or felt the real “truth” for many centuries, and with the advent of the “don” to the position of head of the National Guard, the “force” will be in the hands of the bearded guardsmen of the bunker grandfather. So far, the "bunker grandfather". For "a mad dog does not walk under the owner's hand". He himself is a king and a god. Having gained real power over the Russian society, which are “gentiles” for criminals, hiding behind the name of Allah, they are used to commit lawlessness and crimes against even “their own”, “tik tok warriors” will quickly restore their own “order” in Russia. Such is the “order” that even the current Russian “stall” will be referred to by Russians as a real “paradise”.

Therefore, the Russians have practically no time left to raise their heads and try to get up from their knees.

Either now or it will be too late...