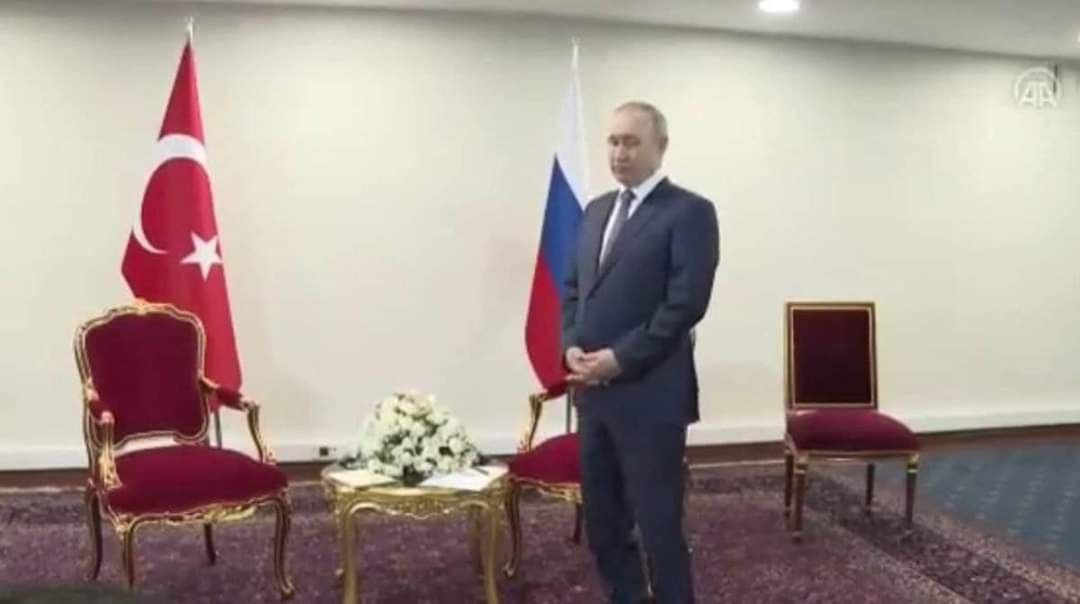 Just a few days ago, the streets of Yerevan were full of billboards with Putin, the Kremlin and an inscription in two languages, Russian and Armenian, "Together Forever". "Forever" in the lexicon of the Moscow authorities is a synonym for "sometimes when I need you." The events of last Sunday made it clear that Russia no longer needs Armenia. No not like this. Putin needs Armenia, but without any effort on his part, the Russian side. "On the ball"...

The next aggravation of the situation between Armenia and Azerbaijan finally dotted the "i". Requests for help from Russia, as the "Main Strategic Partner" and the CSTO, whose members are Russia, Belarus, Armenia, Kazakhstan, Kyrgyzstan and Tajikistan, as always caused only "deep concern".

"We asked for assistance, in particular military assistance, to restore the territorial integrity of Armenia and ensure the withdrawal of the Azerbaijani armed forces from the territory of Armenia," Armenian Prime Minister Nikol Pashinyan said speaking in parliament. According to him, the appeal was drawn up under Article 4 of the CSTO charter, according to which aggression against one country is considered as an attack on all members of the bloc. Therefore, the silent and ineffective position, first of all, of Russia, caused a wave of negativity on the part of the authorities and the population of Armenia.

Deputy Foreign Minister Paruyr Hovhannisyan recalled that "we have a military agreement with the Russian Federation - it is our main military partner and there are certain provisions that we asked to fulfill". And the Kremlin is silent...

Pashinyan, after coming to power as a result of the “Velvet Revolution” of 2018, made a bet on Putin and suffers one defeat after another.

Putin is now absolutely not up to the problems of the Armenians. Having lost tens of thousands of soldiers, a third of tanks and almost all “analogue high-precision” missiles in the baseless criminal war against Ukraine, Putin has practically nothing to defend himself with. What can we say about “some kind of Armenia”.

Moreover, such a weakening of the Russian "invincible" army gives determination to Azerbaijan, which has fully enlisted the support of Ankara. Understanding the complete failure of Russia's real intervention in the conflict on the side of Armenia, Baku is confidently implementing its territorial claims against its neighbor.

In this situation, it is not at all surprising that the Russian-Armenian "Together Forever" quickly gave way to the "stars and stripes" flag of the United States.. It is surprising that the Kremlin did not even threaten the Armenians for such a change in direction towards the “main competitor and adversary”. The plane of Nancy Pelosi reached Yerevan without any obstacles, and the Speaker of the House of Representatives herself and the delegation of US congressmen were greeted with flowers.

The Speaker of the House of Representatives of the US Congress explicitly stated that her visit with the congressmen to Armenia is evidence of the US support for a democratic and prosperous Armenia.

As Congressman Frank Pallone stated at a briefing in Yerevan, the United States "understands that Armenia is part of the CSTO, but the United States is concerned about the security situation in Armenia and is trying to understand how we can help."

The resolution of the conflict between Azerbaijan and Armenia with the help of the United States, which will certainly agree with Baku and Ankara on a ceasefire on the part of Azerbaijan, will be another geopolitical loss for the Kremlin. The attitude towards Putin’s dictatorial regime, even from former “partners and friends”, has changed radically after the start of military aggression against Ukraine. Practically “everything secret has become clear” and even those who, knowing the Kremlin dictator’s obsession, based on their own interests, still tried to remain on the short list of “reliable partners of the Kremlin”, now avoid even standing next to the elderly dictator in official photographs.

The public humiliation of Putin by the expectation of a SCO meeting from the top officials of the CIS countries clearly indicates that the times when Putin was perceived as a powerful, albeit crazy, dictator, the owner of a huge country, who should be respected and his wrath feared, are gone.. A small puffy "pinya", barely holding on to short legs and barely moving without outside support, despite his "puffed out cheeks", is already a completely "downed pilot".

If there is a bottom in the "geopolitical sea", then Putin has already reached it and is next to his "unsinkable" ship with such a symbolic name - "Moscow". That is, for the whole world, he has already followed him, the direction clearly indicated by the Ukrainian Defender...