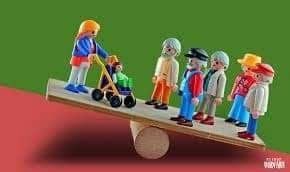 After the horrific crime of Vitaly Aroshanov, a militant of the Chechen Akhmat unit, who cut off the genitals of a Ukrainian prisoner of war with a clerical knife, was made public, the official reaction of the Kremlin propaganda was more terrible than the crime itself, commenting on this terrible video with a classic cry: “this is all fake!”, Adding cynically that “ even if there is indeed a fighter of the Russian unit in the frame, the Armed Forces of Ukraine themselves provoked him to such behavior by previously committed crimes.”

This is all Russia. “From the Kremlin to the outskirts…” The undisguised bestial essence of Putin’s Russia has nothing to compare with. At least among people who consider themselves part of civilization.

It seems that our planet Earth itself does not understand how such monsters can exist on it, which cannot be attributed to either people or animals, because they are much more terrible than the most disgusting and ferocious predators.. They have no place among the living. Therefore, despite all the statements of the Kremlin leaders and mouthpieces about the chosenness of the Russians and the happiness that is about to fall on Muscovy and satisfy all the needs and whims of the Russian pseudo-nation, Russia is dying out.

Neither the “protection of Russian-speakers in other countries” nor the annexation of Crimea and part of the Donbas helps the rapid decline in the population. A genetic anomaly is not capable of producing healthy offspring, therefore, the “increase in population” by 2.5 million inhabitants of the occupied territories since 2014 has already been almost leveled by catastrophic mortality and insufficient birth rates.

In January-May of this year, Russia lost 86 thousand inhabitants every month. This is an absolute all-time record. Previous record set by Russia in 2002; it was a third less - 57 thousand.

The rate at which the number of Russians is “melting” has increased 1.6 times compared to 2021, and tripled compared to 2020. According to the monthly report of Rosstat "On the socio-economic situation of the country", in January-May 2022, permanent residents of Russia decreased by 430.3 thousand people, and the total population fell to 145.1 million, which is the minimum since the annexation of Crimea. Without taking into account the temporarily occupied peninsula, the population of Russia is now near historical lows, shown in 2008 - 142.7 million people.

On average, 1.7 people died for every birth in the country, and in some regions this difference turned out to be 3-fold or higher. The extinction of the “remote regions”, which the bunker dictator “cares” so much about in his public speeches, is reminiscent of the rate of extinction from a particularly dangerous infection or virus.

Russia is dying and does not give birth. Even Maternity Capital, which has been paid to families on behalf of Putin for more than fifteen years, did not help.. A reduction in the birth rate is genetically programmed if parents understand the complete lack of prospects for their offspring. And modern Russia has no prospects.

According to experts, even under the condition of peace and tranquility, in order to develop the vast expanses inherited by the Russians from their ancestors, at least 180 million people are needed. And now only 130 million people are predicted in ten years.. And this is still according to optimistic forecasts, and the dynamics of the process of the extinction of Russia is only getting worse every year.

During his reign, Putin has created a favorable environment in Russia for the extinction or killing of the country's population. And it would be very strange to expect a different result. In life - as in business - if you do not love your business, do not invest any profit in it, but only "piss" everything - any business will die.

Putin's government loves money very much, hates its own people, despises its own country. By definition, there can be no growth in Russia. Only downfall and downfall again.

Putin's criminal plan to fill the "human resource" of a country doomed to extinction through the occupation of Ukraine has failed. Belarusians are also unlikely to agree to be slaves in the "boundless expanses" of the aggressor country. Therefore, nothing will save Russia.

The abandoned and rotten society is dying out at a record pace, and in the foreseeable future only packs of hungry wolves will scurry around the Moscow swamps in the hunt for single Muscovites, which, perhaps, will still remain from the “chosen” nation destroyed by Putin.