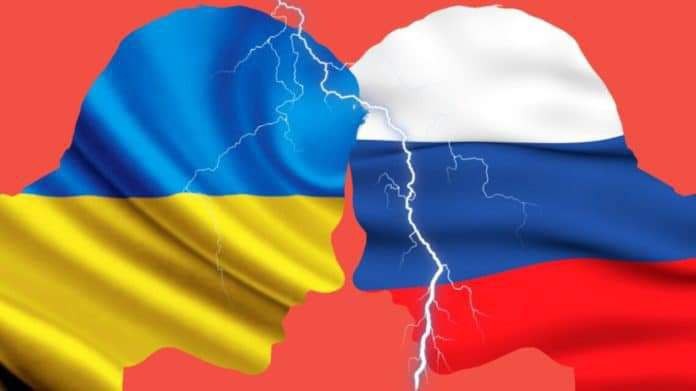 It would be a huge mistake to underestimate the leadership of the Kremlin, perceiving its actions as the "death throes" of the rotten Putin regime. The Russian authorities fully understand that "victory on the battlefield" has become a subject for discussion only as a fantastic work that has no real basis.

A number of factors made Russia's "fire" victory over Ukraine impossible. The courage and skill of the Ukrainian Defenders, the unbending will of all the people of Ukraine, the help of the collective West, their own sloppiness and unreliable basic information about the real state of affairs in Ukraine. All this led to the fact that Russia "got bogged down" in the "non-war", like a fly in honey. Neither escape, nor take off, nor eat.

But Putin will by no means give up his dreams of conquering Ukraine and turning it into a resource and logistics appendage of the “empire”. He is sure that sooner or later Ukraine will “break”. He has huge economic, financial and military resources, almost endless reserves of "cannon fodder". The only thing he lacks is time.

First, the sick old man realizes that he doesn't have much left. No photoshop and visual effects of the "masters of cinema" can hide the puffy face and blue hands.. Illness and time take their toll, and mental disorders only increase the speed of the approaching end.

Secondly, even if the “real Putin” has been rotting two meters underground for a long time, and Russia is led by some “puppeteers” with the help of the “twins” of the deceased grandfather, it is not very profitable for those who now own the Kremlin to drag out the war in the way she is now.

No matter how powerful Russia is, the combined economy and military power of the Western countries is much stronger. And Ukraine is already practically integrated into the Western orbit. According to the latest data from the Kiel Institute for the World Economy, the obligations of Western countries to Ukraine - financial, military and humanitarian assistance already provided and promised - amounted to $126 billion at the beginning of October.

Against the backdrop of its own economic losses from sanctions, the Kremlin does not benefit from such an attitude towards Ukraine from the West. Resource blackmail by Russia could not significantly intimidate the authorities of European countries, who were quickly able to find ways to restore their own energy resources. The Kremlin does not have enough opportunity to directly influence European society. Liberal Europeans were so amazed by the crimes of Russia in Ukraine that they are ready to help Ukrainians even at the expense of their own comfort, so long as those crimes do not pass from Ukrainian to their lands. Therefore, now Russia is trying to minimize the possibility of the emergence of new informational occasions like the atrocities in Bucha or the Mariupol theater.

Nuclear threats from the Kremlin have nothing to do with real intentions. Once again, there are no fools in the Kremlin! Therefore, no one is going to press the “red button”, realizing that this will be followed by inevitable retribution, which will make the existence of the Kremlin itself impossible. The Kremlin does not do what is not profitable for it. All this news about “Russian generals discussed the use of nuclear weapons against Ukraine” is just “horror stories” to intimidate the population. Both Ukraine and Europe.

And the second is to suppress Ukrainians as much as possible, destroying the country's energy infrastructure and provoking critical "winter difficulties" in addition to constant stress, provoking regular, daytime and nighttime alarms. No matter how stable the psyche is, it cannot be constantly “under stress”.

The enemy has not yet been broken, and the cost of the "consumer basket" for Ukrainians has grown by far from 20 percent, as some "hat throwers" assure! Lies do not contribute to the increase of patriotism, but only cause irritation and misunderstanding among the Ukrainian society.

Be that as it may, everything was bad in the days of the USSR, but from that regime it would be necessary to take some elements that would be useful now. For example, the only information resource that reproduced official information and the official position of the authorities on certain issues. Freedom of speech cannot be an absolutely uncontrolled flow of different, often opposite, even hostile information in hundreds of small and large news agencies that pollute the Internet space. During the Soviet era, there was TASS. And he did his job 100%! Yes, times have changed, but having the ONLY OFFICIAL RESOURCE that would reflect the UNIFIED INFORMATION POLICY of UKRAINE is a necessity. Neither the Website of the President of Ukraine, nor the websites of Ministries and departments can cope with this task. You can read anything. If you want - a telegram channel, if you want - UNIAN news, but everyone has the right to receive reliable information from the primary source, which would cover all aspects of the life of our country. Everything else is empty thoughts, rumors and "expert assessments".

In the conditions of a “protracted war”, peace and balance of the “rear” come to the fore. It is on the psycho-emotional state of the population that the mood of the fighters at the front depends. “A strong rear is the key to victory!” Panic and despair, which are so “generously” fueled by the aggressor, are absolutely unacceptable. It will be very difficult, but "the doctor who frankly lies to his patient is bad". It is possible to speak not the “bare” truth, but to lie is only to worsen the condition. A person always has the right to understand why he takes a particular medicine. First of all, the trust in the doctor depends on this.. Which is the key to victory over the disease.

And Putin's power is a real disease that threatens the entire civilized society.

Such a welcome analogy

Such a welcome analogy