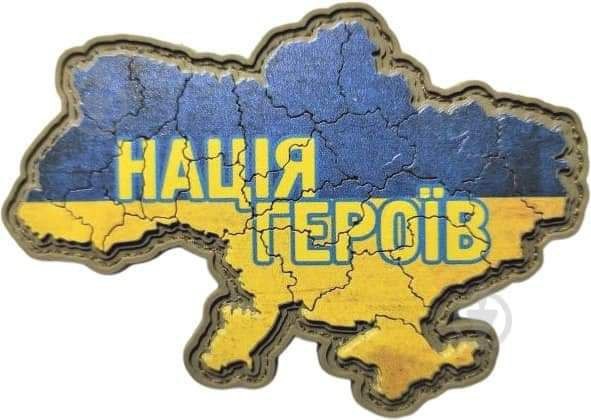 I didn’t want to spoil the festive mood either for myself or for people. New Year, Christmas, Epiphany is coming soon. Most of the territory of Ukraine has electricity and heat at home, almost everyone is used to alarms ... Not that they are “used to”, but, apparently, people are used to the war, from which the Ukrainian land has been trembling for almost 11 months.

Ukrainian social networks are full of news every day about the weakness and dementia of the hostile Russian nation and its troops.. About how abandoned and unfortunate “mobiles” suffer from a lack of logistics and surrender in dozens, knowing that they will be much better off in Ukrainian captivity than in the trenches of the “second strongest” army in the world. We are happy to wait every day for the summary information of the General Staff of the Armed Forces of Ukraine about the destroyed enemy tanks, aircraft and hundreds of idiots, which OUR DEFENDERS turn into organic garbage every day. It's like that. There are victories, there are achievements, there is a reason to be proud of the Nation. But…

According to the ghostly rear calmness and information about our achievements and enemy losses, the Ukrainians (Thank you, God, that thanks to our Defenders Ukraine managed to prevent the enemy deep into the country) are in the rear, where shells and Grads do not reach, and no shots and explosions, began to perceive the war as something so detached. Everyday problems come to the fore again, one often hears talk about “when there are no interruptions in the light” or “why is it so cold in the house and really the local authorities cannot do anything for people”. Coldly? Dark?!!

My dear Ukrainians! There is a war! Real, not on a monitor or TV! And the blood that flows from OUR DEFENDERS is not a fake cinema mixture, but real Ukrainian blood! Same as yours! Hot and red, with a touch of iron! And do not forget that not only the "damned orcs" are freezing! OURS is also very cold and dark! If there is no light and heating at home, in the end, you can find the nearest “point of indestructibility”, warm up, charge your phone, drink hot tea! There is almost nowhere to warm up! And drying clothes and shoes does not happen every day and not for everyone!

Domestic problems provoked by the war are, of course, a difficult test for the civilian population. Especially for the elderly and children. It is sad and bitter that in the 20th century it is necessary to live in darkness with limited "benefits of civilization". It is sad and bitter that there are cases when, under the guise of the misfortune of war, local authorities neglect their duties to ensure the highest possible standard of living for their communities in these difficult times. There is also this. Unfortunately... Any nation does not exist without a "black sheep". There is an abomination among us, Ukrainians. Especially in the present, when most of the real and capable defend their native land at the front.

And it is precisely these best strength and pride of the Nation that are now freezing in the trenches and dugouts, destroying the enemy and dying for US! They give their own life and health for OUR future! Don’t they deserve that the Ukrainian rear does not perceive the war as pages and posts on social networks, some terrible, but very far from the “real” problems with the lack of electricity and the delay in the “new delivery” of goods in stores?!

And one more thing... On January 2, the same networks spread the news about the death of Mikhail "Cossack" Gavrilyuk at the front. Then it turned out that Russian propaganda, which dispersed this news about the death of the ex-deputy Gavrilyuk, was mistaken. Not Mikhail Gavrilyuk died, but Vladimir Gavrilyuk from Vinnitsa. I was impressed by one of the comments. No, not alone, not from some stupid, to put it mildly, patriot correspondent. “Thank God this is not our “Cossack Gavrilyuk”! People! Come to your senses! OR the life of "that" Gavrilyuk (God bless him!) is more important than the life of the "wrong" Gavrilyuk?! Also a Ukrainian, also a HERO! OUR PROTECTOR!!!

Everyone is equal in war. Deputies, drivers, musicians, cooks, teachers. All those who took up arms and went to defend their land, Ukraine, us! They are all HEROES.

I really want to apologize to the relatives of the “wrong” Gavrilyuk for the stupidity of some of our compatriots! The relatives and friends of all the fallen Heroes, thanks to whom Ukraine exists as a free and free State! Real Ukraine and real Ukrainians are grateful to you for the feat of your children, parents, relatives! And we, who live thanks to their courage and self-sacrifice, will never forget our Heroes and the memory of their feat will always be in our hearts!