Another defeat for the Kremlin 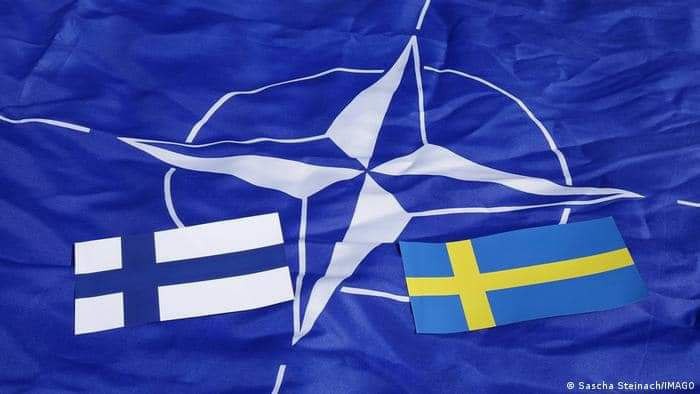 We all remember how in the first months of Russia's armed attack on Ukraine, the Kremlin was constantly confused about the need and goals of the war.. “Denazification” was changed by “demilitarization”, “protection of the Donbass from the Ukrainian threat”, “liberation of the population of Ukraine from the yoke of Bandera”, “prevention of the expansion of the NATO bloc at the expense of Ukraine”.

In the end, the Kremlin, having received a decent response from the Ukrainian defenders and the fierce resistance of the population in the temporarily occupied territories, “forgot” about “denazification” and “liberation” and concentrated all its propaganda efforts on the thesis that “this is the confrontation of bright Russia against the rotten West and preventing an increase in the presence of enemy NATO troops near their borders.

At the end of 2021, shortly before the invasion of Ukraine, the Kremlin authorities issued a virtual ultimatum to the NATO bloc, saying that "the NATO bloc must return to the borders for 1997". The nonsense of the bunker grandfather caused great approval of the zombified Russians, who already “saw” how “the lifelong enemy of Russia, trembling with fear, runs away from the borders of the great and mighty empire, tail between his legs”. But the reckless invasion of sovereign Ukraine put everything in its place and made it clear who really should "tremble with fear." And this is not NATO or Ukraine at all ...

Putin during his cadences managed to do a lot. For the collapse and destruction of Russia ... Such a decline, the long-suffering country did not know almost its entire history. The economy and the social sphere have been destroyed, the “window to Europe” has been nailed shut, the army has been half-destroyed… “Victory” after “victory”. And, like a “cherry on a cake”, the “lifelong enemy” of the NATO bloc approached the “first capital” of St. Petersburg at a distance of less than 200 kilometers.

Sweden and Finland received an invitation to the NATO bloc and now 1271.8 km of the land and 54 km of the sea border of Russia is the border with a "lifelong enemy".

The crazed leader has apparently already begun to get used to the "knives in the back", which in recent months have been constantly "stuck" by his inner circle, then by "international partners", in whose support the bunker old man so hoped. This time, the “knife was stuck” by the Turkish government, which for some time blocked Sweden and Finland from joining NATO.. And, finally, it is impossible to be a member of an international military alliance and at the same time try to oppose its interests and intentions.

Turkey agreed to settle the conflicts with the countries-applicants for NATO membership on a bilateral basis and supported NATO's decision to join the two Scandinavian countries.

Thus, Russia lost any possibility of dominating the Baltic Sea and the problem of a possible blockade of Kaliningrad, which Lithuania, also a NATO country, had already begun, appeared before Russia in "all its menacing beauty."

The Kremlin can do nothing to oppose the expansion of NATO, which has already approached the very borders. What kind of “symmetrical response” can we talk about if Russia is bogged down in a thoughtlessly launched war against Ukraine, which is “grinding” the “second army of the world” even practically on its own? Russia has neither the strength nor the ability to fight against the entire Euro-Atlantic bloc. Any real military action against NATO member countries will mean instant defeat and death for the Kremlin.

Russia with a devastating score lost another important historical round. Rapidly losing its international positions and the remnants of its former authority, the only thing that the dying Kremlin authorities are still capable of is to strike at the civilian population of Ukraine, trying to get at least some “victory” in the struggle against Ukraine with their atrocities. But such terrible crimes are only the death throes of the mindless Putin and Co., which only bring closer the inglorious end of modern Putin's Russia.