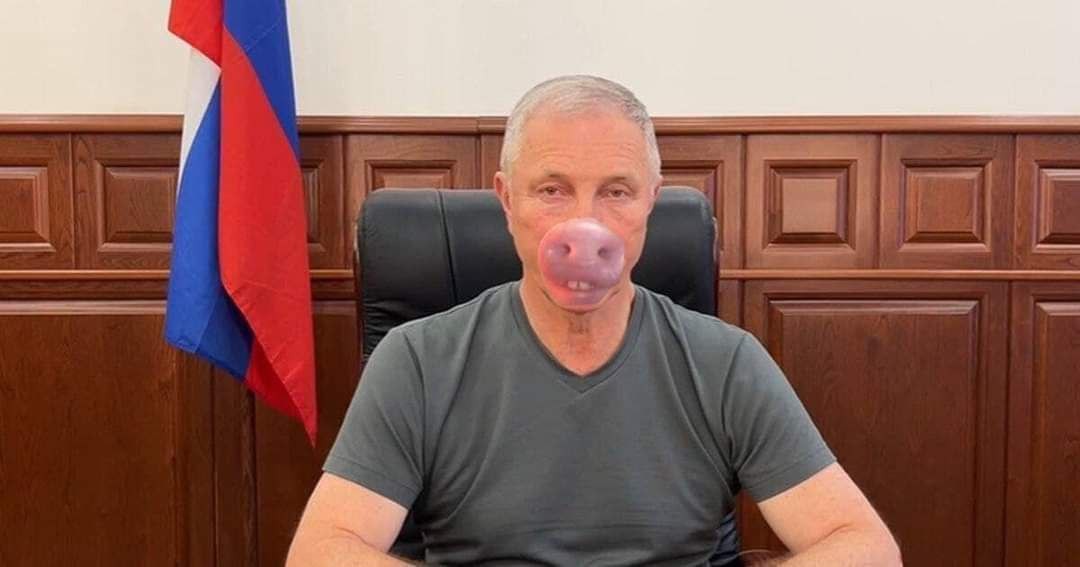 The time allotted to Putin and his dictatorship is rapidly passing. One does not need to be a visionary to finally acknowledge the fact of the complete military failure of the Kremlin and understand the prospects for the Russian government after the inevitable defeat of Ukraine.

Putin's entourage is already "at full speed" preparing "compensation", trying to have time to end the war even if there is an elderly dictator on the "throne", who would "pull" all the responsibility for the crimes committed by the Kremlin regime to the grave.

The collapse of the empire is approaching with the possible distribution of the territory into separate subjects under an outside protectorate. The top of the Kremlin, which can still “disown” Putin, is actively trying to prepare a warm place for itself in the “future story about Russia”. And those who do not have such an opportunity, because they are connected by “bloody ties” with “lifelong”, are ready to go “all in”, realizing that their life now depends on whether Putin can somehow stay on the “throne of ".

After a number of defeats from the Armed Forces of Ukraine and the loss of a significant part of the territories de-occupied by the defenders of Ukraine, the pro-Putin Kremlin sees the only way out for itself in the urgent "voluntary" annexation of the occupied territories to Russia. The so-called public chambers of the LPR, DPR and the occupied Kherson region have already expressed their popular desire. Urgently, hastily, realizing that every day Ukraine is actively approaching the cleansing of its own territories from the enemy.

Putin hopes that the fake “attachment” of a part of Ukrainian land to Russia will provide an additional “strong” incentive for the Russian population to “protect Russia from the Kyiv regime” and justify both the need for a full real mobilization and the use of any armed means against the “Banderites” .

Under such "news", he even got out of a six-day binge in honor of Medvedev's own birthday and began to "explain" to the Russians why the Kyiv authorities and the collective West are so "afraid of referendums". He stated that "the results of future referendums in the Donbass will become irreversible, no one will be able to take these decisions back." Zapoyny emphasized that it is necessary to hold referendums not only for the systemic protection of the inhabitants of the Donetsk and Lugansk People's Republics, but also for the restoration of historical justice.

Some of the Kremlin's propagandists again started their favorite "hurdy-gurdy" that Russia "has every right to use nuclear weapons to protect its own territories." Therefore, after the “voluntary annexation” of the occupied territories, in the event of an attempt by Ukraine to return the Ukrainian lands, nothing will stop the Kremlin from applying the “last argument of the crazy king.”

Despite the fact that back in early July, a group of Putin’s experts noted that mobilization should be carried out “either now or never,” the Kremlin authorities only in mid-September began to urgently prepare for total mobilization. On September 21, the Federation Council of Russia may consider amendments to the Criminal Code of the Russian Federation on looting, mobilization and martial law, if they are adopted by the Duma.

The Kremlin is actively launching the "attachment" mechanism, after which there will be no turning back. Events began to develop very quickly according to a scenario that absolutely does not suit either those who are now trying to distance themselves from the dictator, or Russian society as a whole.

Will they manage to "hold referendums" in the occupied territories? The pace of the offensive of the Armed Forces of Ukraine and the powerful resistance of the local population to the plans of the occupiers can nullify the last hopes of the Putin regime. Will mobilization be announced? How Russian society will react to being forced to go to war and the prospect of returning in "polyethylene" is already clear from messages on social networks, even those who approved the actions of the old dictator at the beginning of the aggression.

Rumor has it that the secretary of the Russian Security Council, Patrushev, is already negotiating with the Celestial Empire on Beijing's support for a new "helmsman", on whose "throne" Patrushev wants to "bring" his son Dmitry, in exchange for resources and territories. Dmitry himself has already visited the leadership of the main confessions in Russia and secured partly the approval of plans, and partly a blessing for the reign. Therefore, any increase in the power of the current dictator runs counter to the plans of even his closest associates. Yes, and there will be no "toughening", because Russia is not ready either for "mobilization", or for nuclear self-sacrifice and the destruction of Putin's painful plans.

As it will be further - time will tell. When the Kremlin collapses and how it will do it seems to be decided soon enough. The defenders of Ukraine do not expect any "gifts" from the "Russian fate", but continue to purposefully do their hard work to liberate the occupied lands as soon as possible and destroy the enemy.