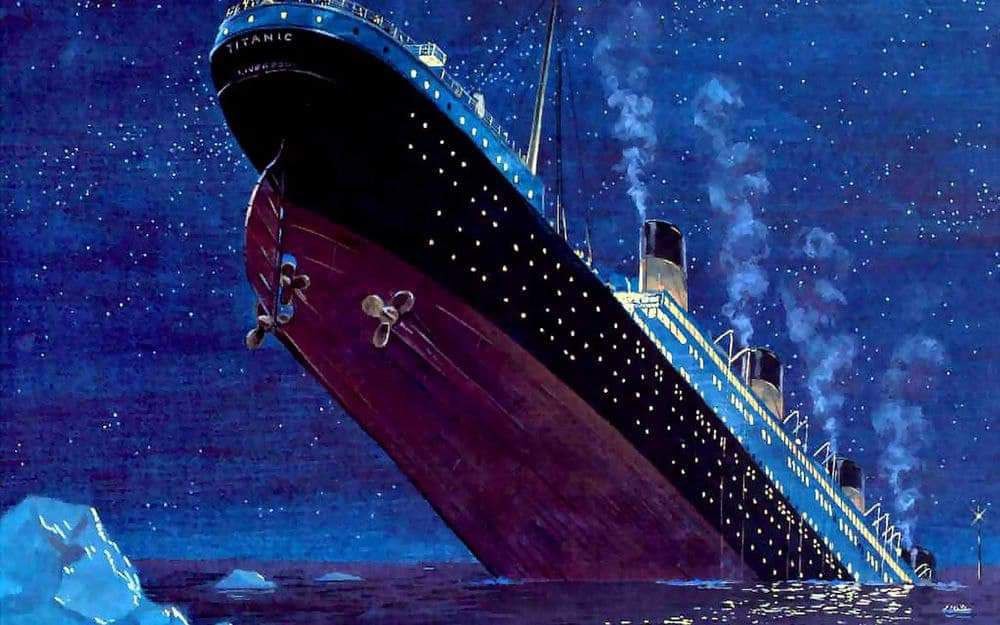 The ship "Russia" under the leadership of a crazy captain stubbornly continues to go into the arms of Poseidon. After all the wanderings of recent years that befell the passengers of the doomed liner through the fault of the mentally ill helmsman and his team, instead of the earth on the horizon, even without binoculars, a rapidly approaching polar animal is already clearly visible.

Russia “by surprise” was seized by “graveyard”… Ukrainians quickly found a term that fully reflects the realities of the action that the dictator introduced by his decree, trying to “cannon fodder” to plug the holes that pierced the Armed Forces of Ukraine in the “invincible and analogue” army of criminals. In the absence of real military power (because there can be no real power in a pack of marauders and rapists), Putin decided to turn Suvovrov's dictum backwards and do at least something with "quantity" and not "skill."

The dictator is completely out of touch with reality. In his bunker, he receives only the information that his own "close associates" "feed" him. In fact, Putin is practically no different from his own sweet Russian people, who also "sit on the needle of lies and disinformation", having lost touch with reality in their invented ghostly world. Having seen with his own eyes the real state of the "troop" assembled "by the bottom of the barrel", the commander-in-chief in his mind should have either shot himself in the temple, or, having run up, hit his head against the concrete wall of his storage. It's unlikely that you'll be able to shoot him though. The mentally ill are prohibited from weapons. Or, if you have, then only such, which are now equipped with "sacrificial idols" at collection points - rusted through "Kalash" God knows what year of manufacture. And it is impossible to even shoot yourself with such a weapon.

The herd of doomed drunken poverty, which, with curses towards the authorities, receives much-needed and "fastened" black plastic bags, is disgusting. "Heroes" at gunpoint of escorts are sent to hell at the whims of a man who has already destroyed or plundered almost everything in his own homeland. Although Putin never had a “homeland”. Like there were no real parents. For such a freak could not be fed and raised by “real parents”.

It would be really funny to watch this "grave" if the "new cannon fodder" cost nothing to Ukraine and our Defenders. But this is war. And thousands of drunken orcs, who will die ingloriously and quickly at the front, will still bring losses to our fighters. It won't work without it, unfortunately. This is worth nothing for Putin's life. We are different. We are people.

I would very much like most of these “warriors” to run away along the road, the other to “burn out” from vodka to the songs of Gazmanov, and the remaining “stubborn” and “patriotic” themselves were destroyed at the very first collection point by precise blows of our chimeras. Even on our own “Russian” land, so as not to soil our, already long-suffering, Ukrainian land.

And I would also like to see the entire doomed "steamboat" of Russia at the bottom, among algae and crabs, eating up the "lifetime captain".

And ritual oil slicks on the surface of history...