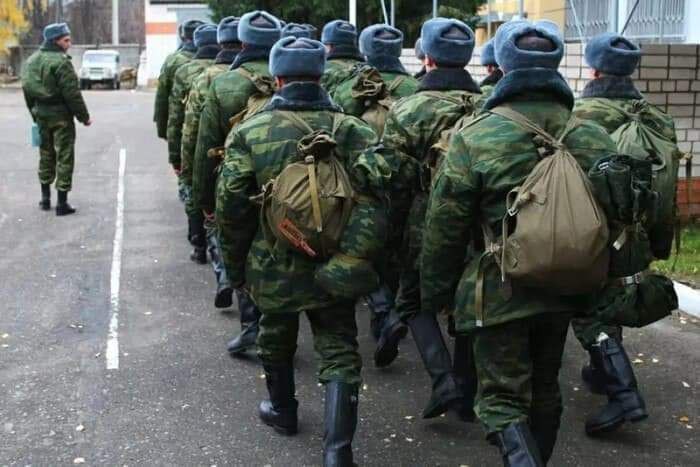 Russia waited for the mobilization… They themselves are to blame. There was no point in tolerating a dictator in power and silently watching the crimes of the Kremlin… Accustomed to “kitchen psychotherapy” over a bottle of vodka, the Russians missed the moment when they could still argue with the authorities and defend their rights at peaceful and not so peaceful rallies.

Silence will now cost the Russians dearly. Unfortunately - and not only them.

The proclamation of partial mobilization is that “red line” for Russian society that separated “ordinary” Russia from a complete misunderstanding of the situation. Thanks to the noisy Kremlin propaganda, those who themselves wanted to be deceived, that is, the vast majority of the Russian population, were confident that the "special operation", although not completed in three days, was going according to the brilliant plan of the bunker and his guardsmen. And there is no threat to the “Moscow swamps” in the fact that explosions are heard somewhere in Ukraine and people are dying.

Only "contract soldiers", "Wagnerites" and "zeks" fight. For money, at your own discretion and at your own will. No coercion! This “special operation” even has an idea: “The liberation of the friendly people from the ukro-fascists who have seized power in Ukraine and mock the gullible and peaceful “ukrovs” by eating small Russian-speaking children for breakfast.”

When it turned out that the “second army of the world” was not able to quickly “liberate” Ukraine, and “miserable, few, untrained, naked and barefoot” Ukrofascists “willingly grind the elite units of the “asvabadetel”, “simple Russia” began to please itself with tales about that only “constant thoughts about the safety of the civilian population and attempts not to harm the already outcast Ukrainians make it impossible to end the Nazis with one powerful blow.

Then the escape began, which instantly received from propaganda all the signs of a “planned regrouping of the victorious army”, which “unexpectedly” collided with the troops of NATO and the collective West, which, from the very beginning of human history, tried to harm the flourishing and strengthening of the “strengthening nation”, which “ stands for the protection of traditional human values.

When it turned out that “enemies surrounded the race” from all sides, those to whom reason had long suggested some kind of discrepancy between the rhetoric, actions and results of such actions of the Kremlin authorities still tried to somehow assure themselves that “temporary difficulties are only in favor of Russia". Moreover, the “courageous heroic warriors” are still skillfully doing their job of “liberating” and “bringing light” to the “dark territories”, and to those who are in Russia itself, except for certain economic inconveniences and “chatter” rotten at the root of the West” does not threaten anything.

“Separate and not numerous” cases of “NP” in the Crimea and in the border areas? It's OK! All according to plan! After all, the forces of the “ukrovs” are coming to an end, the “Bandera” aviation has already been destroyed at least twice, the Chimeras suck, Ukraine itself is falling apart into pieces that are “picked up” by Poland and other Western vultures. The “courageous Russian warriors” have no problems either with weapons or with personnel, as Sam Sands said. What kind of mobilization? Russia does not bear any losses. This is all a lie of the intimidated "ukrov" and bloody Western generals!

But on September 21, it turned out that the Russians would not be able to “ball for ours” with popcorn on the couch. That the “minor losses” of 5,900 dead “heroes” need to be urgently compensated for by 300,000 new “carcasses”. And practically everyone can become these "carcasses", because the vast majority of Russians are subject to vague "shared mobilization". Moreover, it is unlikely that these 300 thousand will be recruited exclusively from the Buryats!

Hiding its head in the sand, simple Russia was powerfully kicked in the ass. Can't run away. Neither from mobilization, nor from retribution from the victorious country of Ukraine in this war for the crimes of the dictator. The choice is simple - either sit down for 3-5 years for theft or a broken ending, or get a one-way ticket with a kobzon concert in the final. Although it will not be possible to “sit down”, because prisons in Russia are “not rubber”. Even despite the fact that 3.5 times more funds from the Russian budget were spent on them than on high technologies, there are no more free places behind bars in Russia.

Well, as for the inevitable retribution, after September 21, even the most insane pro-Putin accomplice became clear that Rosenbaum was right when he sang "something is wrong here." The myth of the “obligatory victory of the Russian knights” lost its relevance at the very beginning of Putin’s insane “special operation”, and today “simple Russia” finally realized that instead of an “easy victory”, the Kremlin began its last doomed action “you die today, but we, Putin and Co., a little later.”